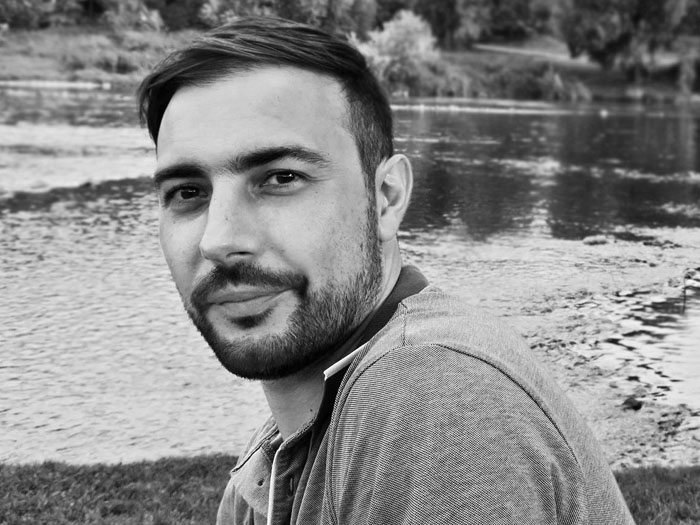 Lyuben Petrov - Lube was born in 1984 in Burgas. Bachelor of Fine Arts at the National Art Academy, Sofia. In 2011 he graduated Master Painting at FAVU Brno, Czech Republic. L. Petrov or Lyube is known to the Czech audience with his participation in ART Prague - 2013 and is awarded with an ART PRAGUE Young Award. On the Bulgarian stage, Lyube became popular with his participation in "MOST", 2011. 2013 receives the award of the Edmond Demirdjian Foundation. 2014 is nominated for the BASA Award. 2015 makes a number of exhibitions and shows in the Czech Republic and Bulgaria. "Apocalypsearium" at Art Salon Gallery in Dancing building in Prague. Return of the Bulgarian stage with a solo exhibition in Sofia at the Academy Gallery. 2016 Lyube is presented by BCI in London. 2017 in Burgas with his exhibition "The Big Blue" and published the first catalog "The stuff that dreams are made of", distributed in 7 large libraries, the National Library in Prague. 2017 Petrov is the finalist of "CBM ART PRIZE" Italy. 2018 Lyuben Petrov is invited to the London Art Fair. 2018 Petrov is invited to make a solo exhibition in GASK, Czech Republic. 2019 Lyube was invited by YOUN Gallery, Montreal, for a solo exhibition.

My goal is to create a fun and unexpected visual narrative. I have attachment to themes that blur the boundary between reality and illusion and create an alternative sphere in which past and future, reality and fantasy become one. This transformation is based on my own understanding of the world around me, as well as my sense of humor, my attention to the little details in my everyday life and my positive outlook. I try to create an alternative reality with open humor, sarcasm and sometimes even elements of grotesque. I combine motives and images from the contemporary consumer society with mythological stories and figures. These mythical figures become superheroes of our future.
- Lyuben Petrov 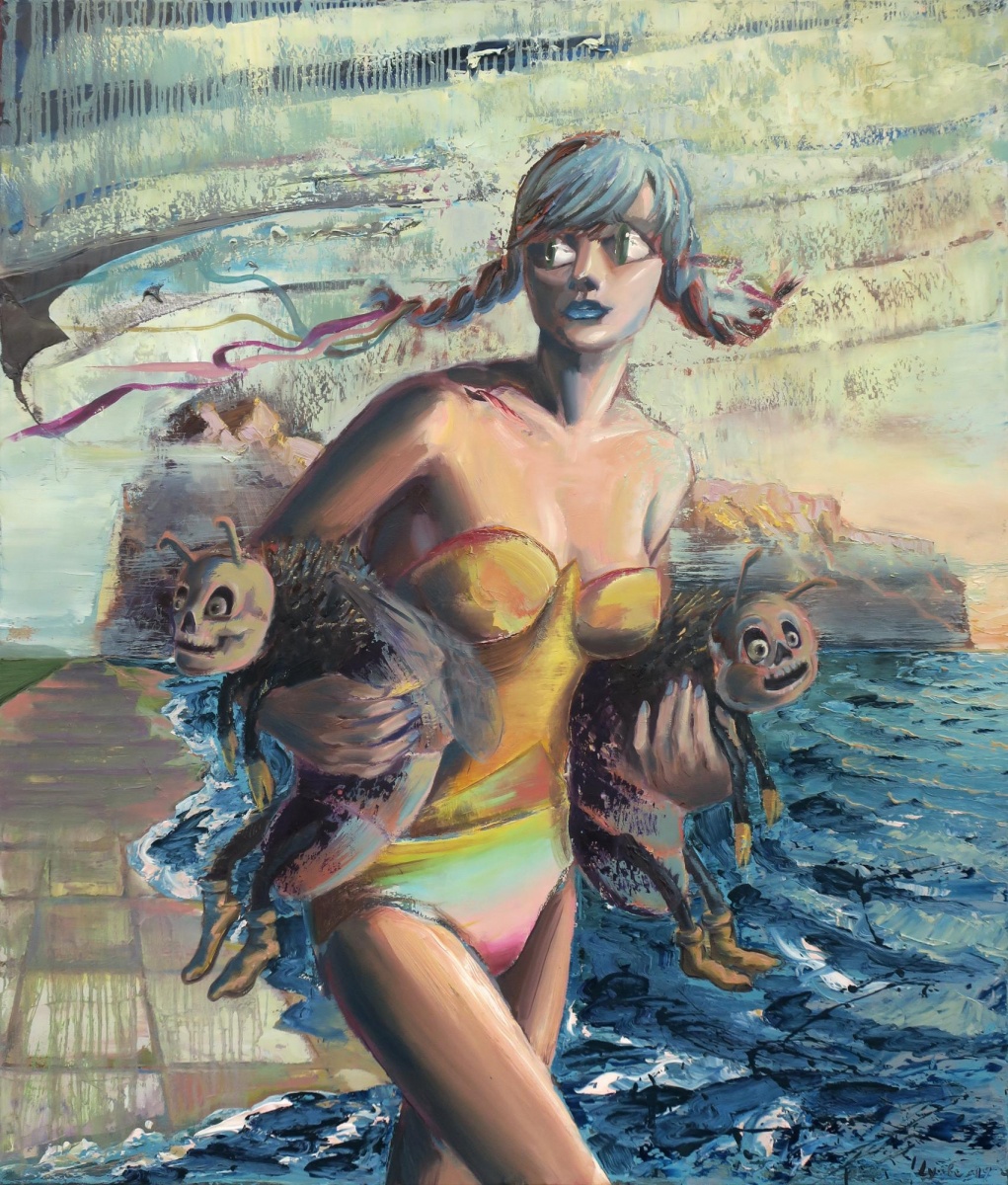 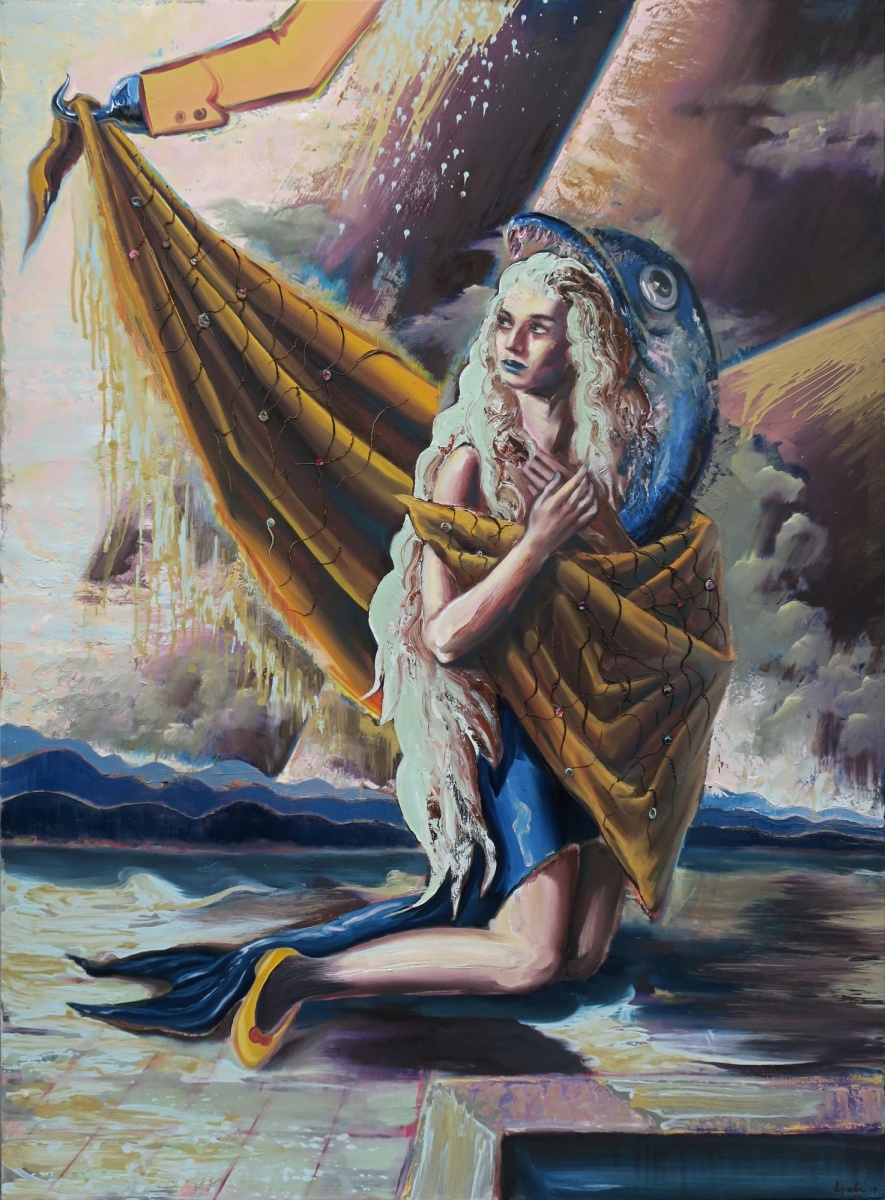 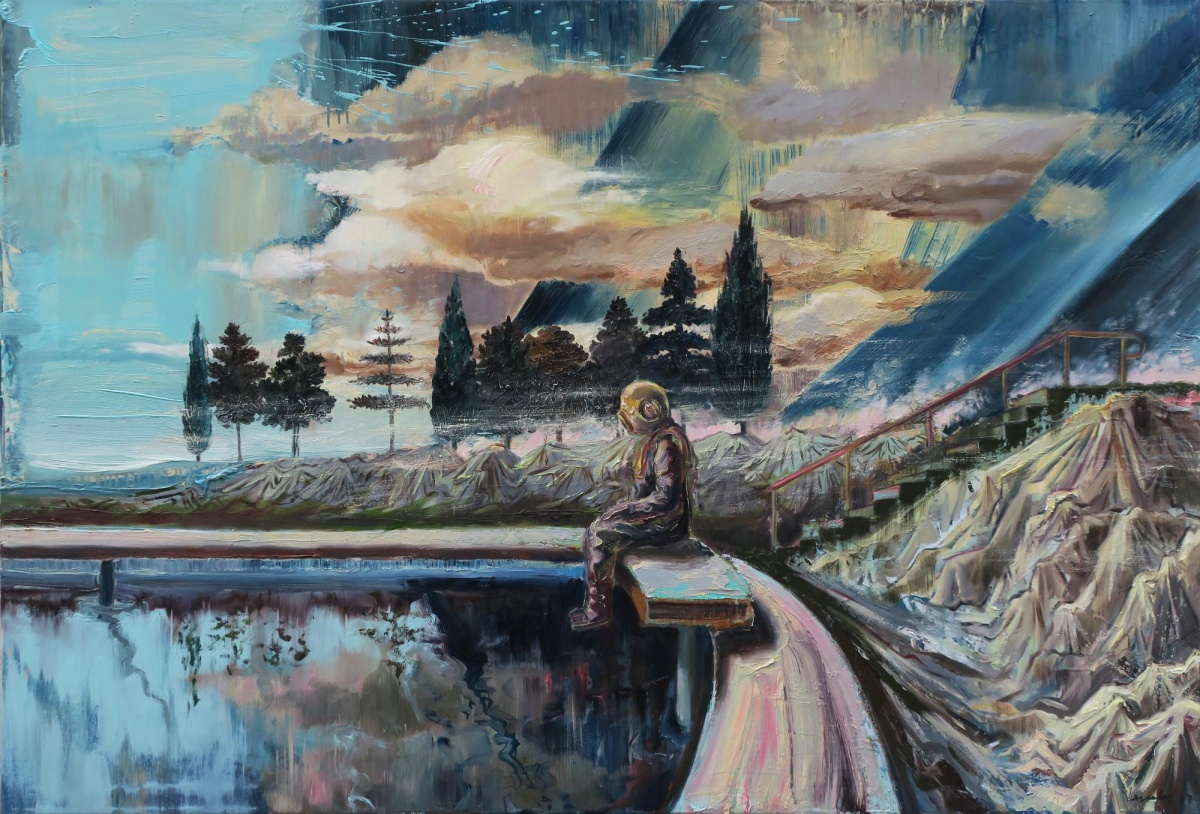 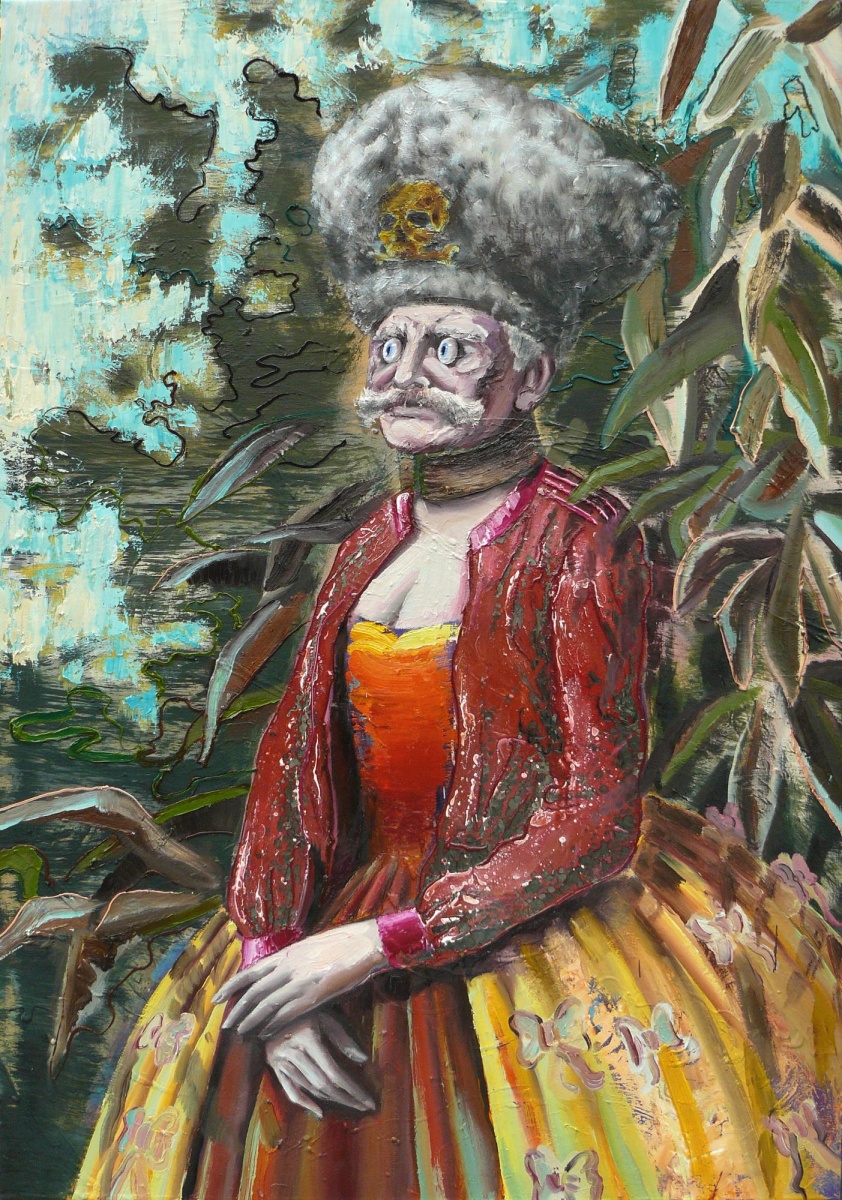 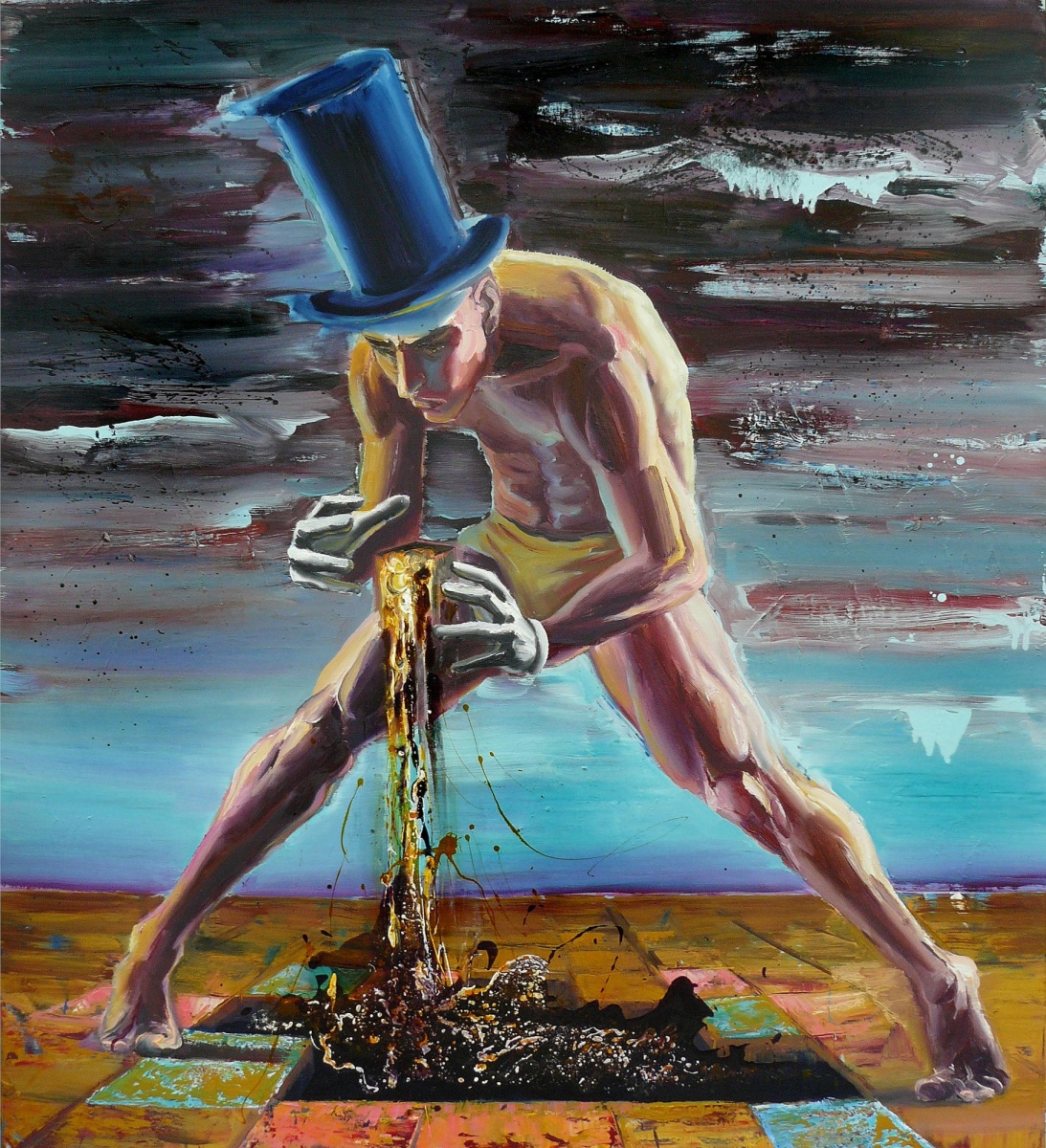