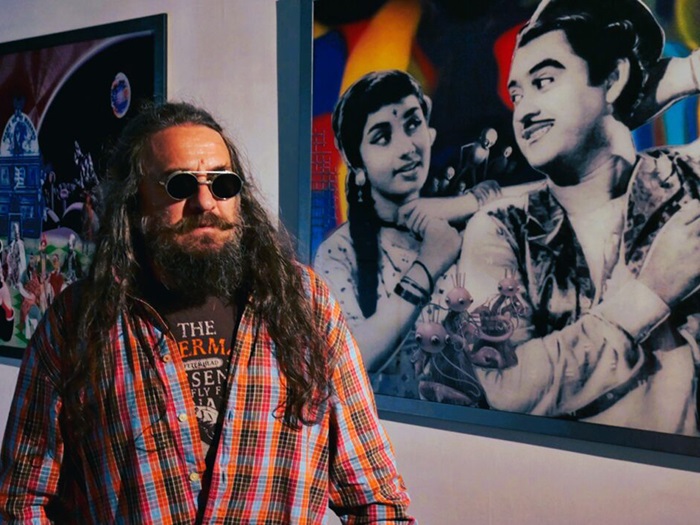 Georgi Ruzhev is part of the young rebellious generation of Bulgarian contemporary art. He was born in 1964. He graduated from the Seventh High School "Georgi Dimitrov" (1982) and graduated in absentia from the Technical School of Printing and Photography (1987) in Sofia. Together with Asen Botev, according to the memories of art critic Diana Popova, "they showed photos of actions they did and asked if they could join the exhibition Earth and Sky." Thus, in 1989, Georgi Ruzhev took part in the first avant-garde exhibition, presenting the so-called at that time unconventional forms of art, on the roof of "Shipka" 6. A rebel by nature, not recognizing the worship of idols and the creation of new ones, he took part in anarchist and punk movements during public rallies and marches in the 1990s. With a penchant for music, Georgi Ruzhev initiated and participated in many artistic associations such as AG, OWL'S POPARA, TOXIC AUNTIE, OCTOBERON and was one of the founders of the Art in Action Association (1990).

His participation in the Third Istanbul Biennale (1992) together with Lyuben Kostov and Nedko Solakov at the suggestion of Lachezar Boyadzhiev and Yara Bubnova as an assistant curator is significant. One of the works he presents there is a portrait of him, where he wraps his long hair around his face like a mask, and the photograph is printed on the manifesto of German anarchists on the Eastern European question. To this work Ruzhev writes: “In each individual there is a hooligan who accepts the riot as a form of creation. … We have been oppressed by debt for a long time - a very long debt. That is why "Anarchy in ethics and aesthetics, all idols in brothels and never again heroes." This is the first presentation of Bulgarian contemporary art in a prestigious international context and has an impact on the entire art scene in the 90s. In 1992 he participated in the unprecedented opening of "Dermatology? Art ", initiated by Dr. Galentin Gatev, which was held at the Clinic of Dermatology of the Medical Academy, where in parallel with photographs and wax models of dermatological diseases are presented installations, interventions, collages, performances and a concert. In 1996, the Soros Center for the Arts held its Third Annual Exhibition at the Sofia City Art Gallery with the exhibition EVIDENCE. THE REAL DIVERSITY. There Georgi Ruzhev prepared an audio installation, which together with the ultraviolet lighting brought the atmosphere of a nightclub into the exhibition hall.

Georgi Ruzhev is a media artist. Photographer and color reader by profession, in his work he is looking for color provocation and spectacle that affects all the senses. He presents his projects in a series of performances above and below the level of the visible. His work includes installation, performance, original music, animation, including 3D, 16mm films, holograms, widescreen prints and lighting design. He has focused his creative pursuits on the study of human relations - including historical and religious. He likes to experiment with other authors.

"I am not talking about 'art', nor do I mean 'art', because art is an isolated case. It's all about the way life is divided into order and chaos as a very important negative-positive polarization, which is identification with aliens. Everything is included in conventional chaos with a single goal - to destroy the subtle levels called "consciousness" and "culture."
Georgi Ruzhev 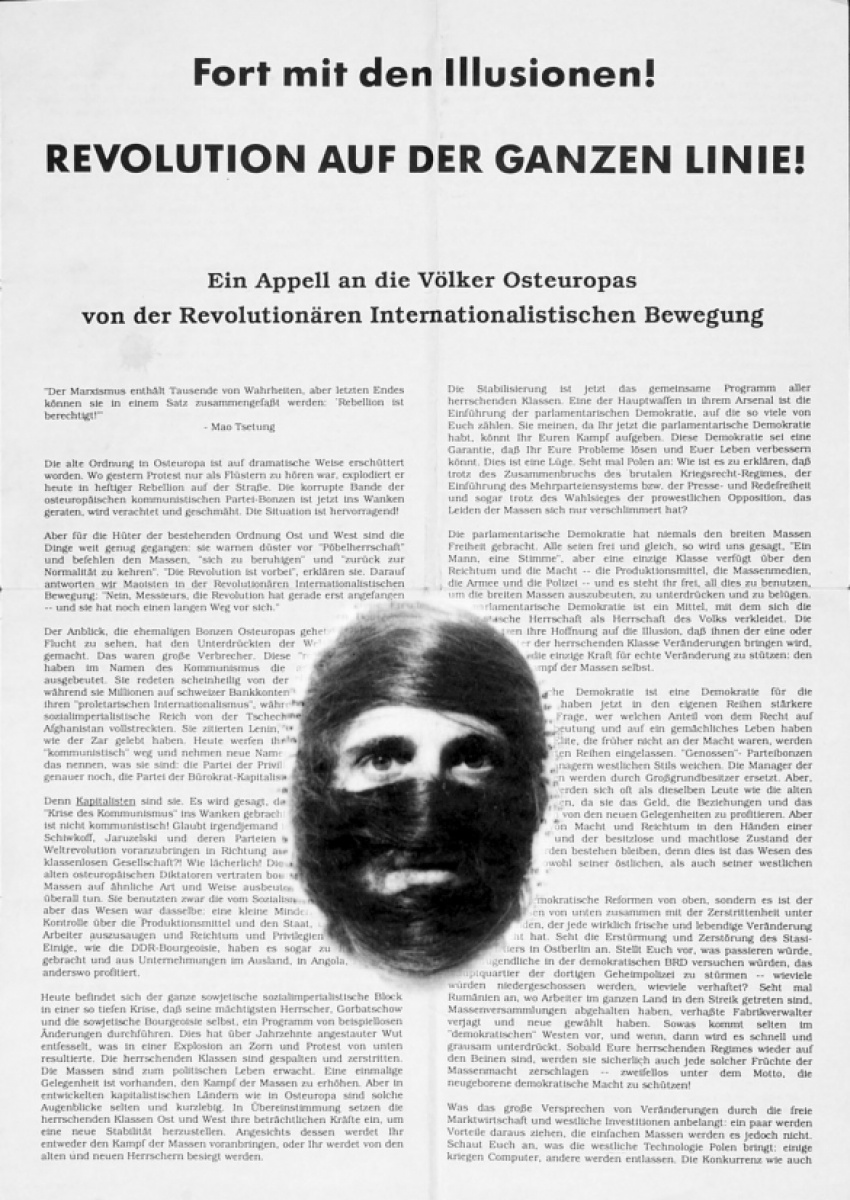 Self-portrait on the Мanifesto of German Аnarchists on Eastern Europe Question, 1991. 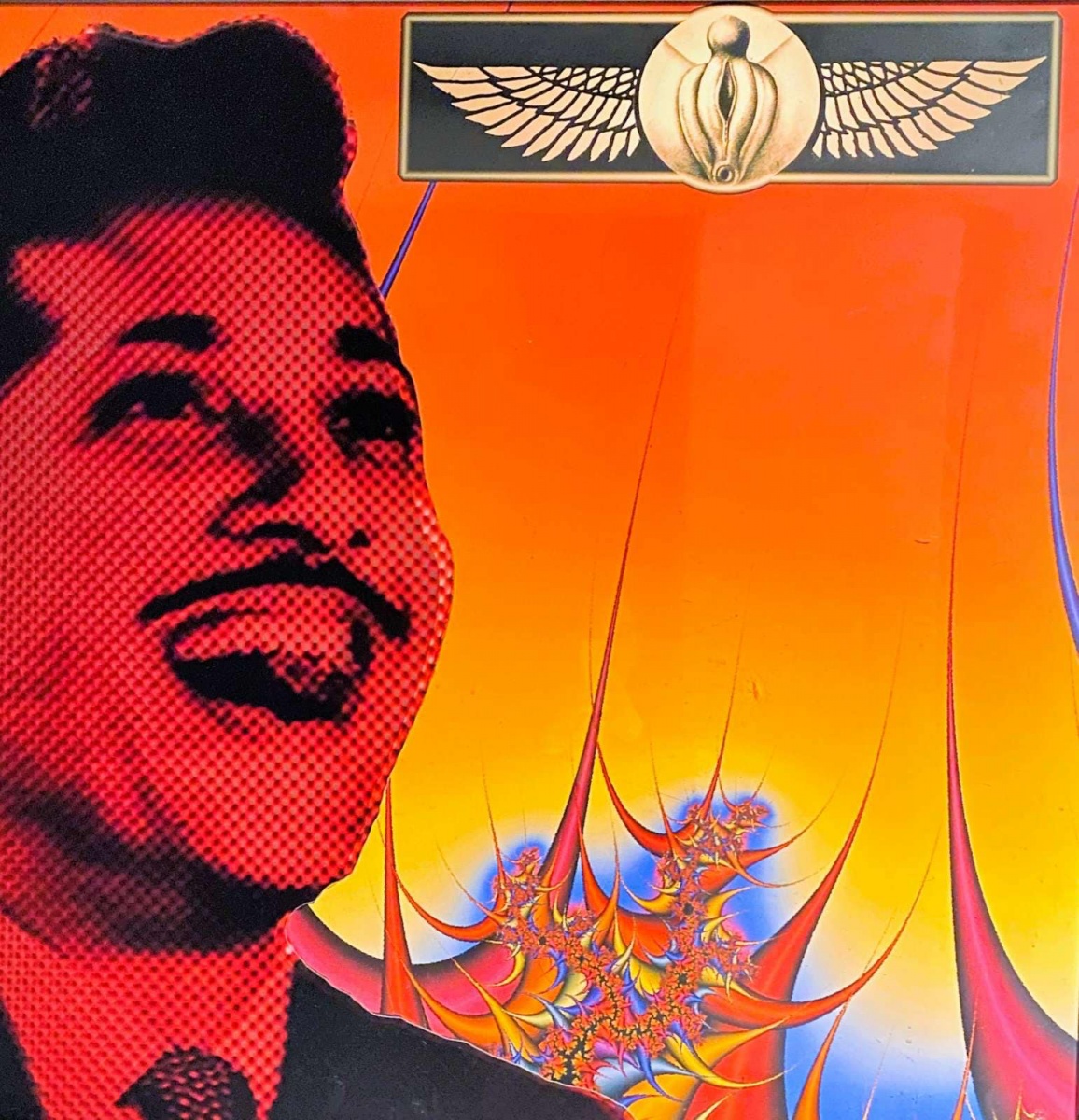