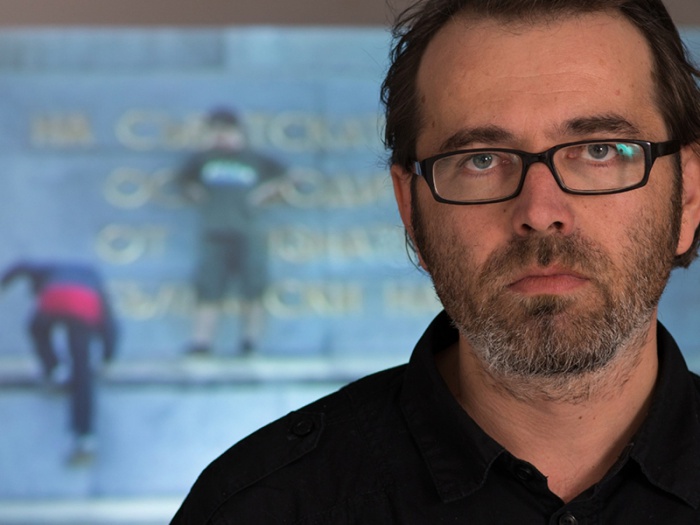 Krassimir Terziev (born 1969) holds a Ph.D. in Cultural Anthropology from Sofia University (2012), where he is lecturer, and graduated from the National Academy of Arts, Sofia (1997) where he was lecturing from 2008 until 2016. Terziev was a founder of the interSpace Media Art Centre and participated in its activities from 1998 to 2004. Since 2007 he is a member of the Institute of Contemporary Art, Sofia. His work was shown internationally at museums, festivals and galleries, such as: "Grammar of Freedom / Five Lessons: Works from ARTEAST 2000+ Collection" Garage Museum of Contemporary Art, Moscow (2015); "Art for Change 1985-2015" Sofia City Art Gallery, Sofia (2015); 3rd Mardin Biennial, Turkey (2014); "The Projection Project" Kunsthalle Budapest (2007), Museum of Contemporary Art (MuHKA), Antwerp (2006); "Kino wie noch nie" Akademie der Kunste, Berlin (2007), Generali Foundation, Vienna (2006); "New Video New Europe. A Survey of Eastern European Video" The Kitchen, New York (2006), Stedelijk Museum, Amsterdam (2005); Renaissance Society, Chicago (2004), TATE Modern, London (2004). His recent solo exhibitions include: "Forget the Future", Versus Art Project, Istanbul (2019); "Between the Future That has Already Been and the Past That is About to Happen" the National Gallery, Sofia (2015); "Cosmopolis" ICA-Sofia (2013); "Background Action" Württembergischer Kunstverein, Stuttgart (2008). He received the Unlimited Award for Contemporary Bulgarian Art (2011), and the Gaudenz Ruf Award for New Bulgarian Art (2007). Terziev's works are part of the public collections of Centre Pompidou/MNAM; Arteast 2000+ Collection, Moderna Galerija Ljubljana; Sofia City Art Gallery; Kunstsammlung Hypovereinsbank among others. Krassimir Terziev is the author of the academic monograph "Re-composition. Author, Media and Artwork in the Age of Digital Reproduction" (2012).

In the world of global networks, images of different historical and technical origin, media and materiality coexist with me, preventing me from focusing, making me worries. My only useful move is to put them in front of me, but often this is not enough and I have to put them in front of others around me so they help too.
- Krassimir Terziev

In his oeuvre Krassimir Terziev has been criticizing the real immediate environment and the possibilities to analyze it. His artist' gaze glides over the irregularities of contemporary life, but also pushes back to unknown worlds in search of an alternative. He uses all the means of expression to penetrate deeper into the visible spectrum of things - painting, painting, video, photography, installation, sculpture. For Terziev, the different perspective turns everyday banal objects into surprising figures with the change of optics. The sharpness of vision and thought includes both aesthetic, social, and political. The author often handles real images, but neither space nor time matters. It is about deeper layers of consciousness, or weaving of the real with the fantasy.
- Maria Vassileva

Space is the best metaphor for the totality of things, sucking into its vacuum, inaccessible and perfect totality. The perfect sterile environment of contemplation, offering peace and sanctuary where man may dwell only thanks to the development of technology or of science fiction. So its image always pops up somewhere in between the two, where Krassimir Terziev's works are also to be found. For several years now he has been taming outer space with great patience and perseverance, mostly as his own escapist phantasy to which, little by little and very carefully, he has been moving civilizational baggage. And the more populated his outer space is, the emptier and more uninhabited the pieces of earthly reality he studies and recreates, most often through the cool eye of the camera.
- Svetlana Koyumdjieva 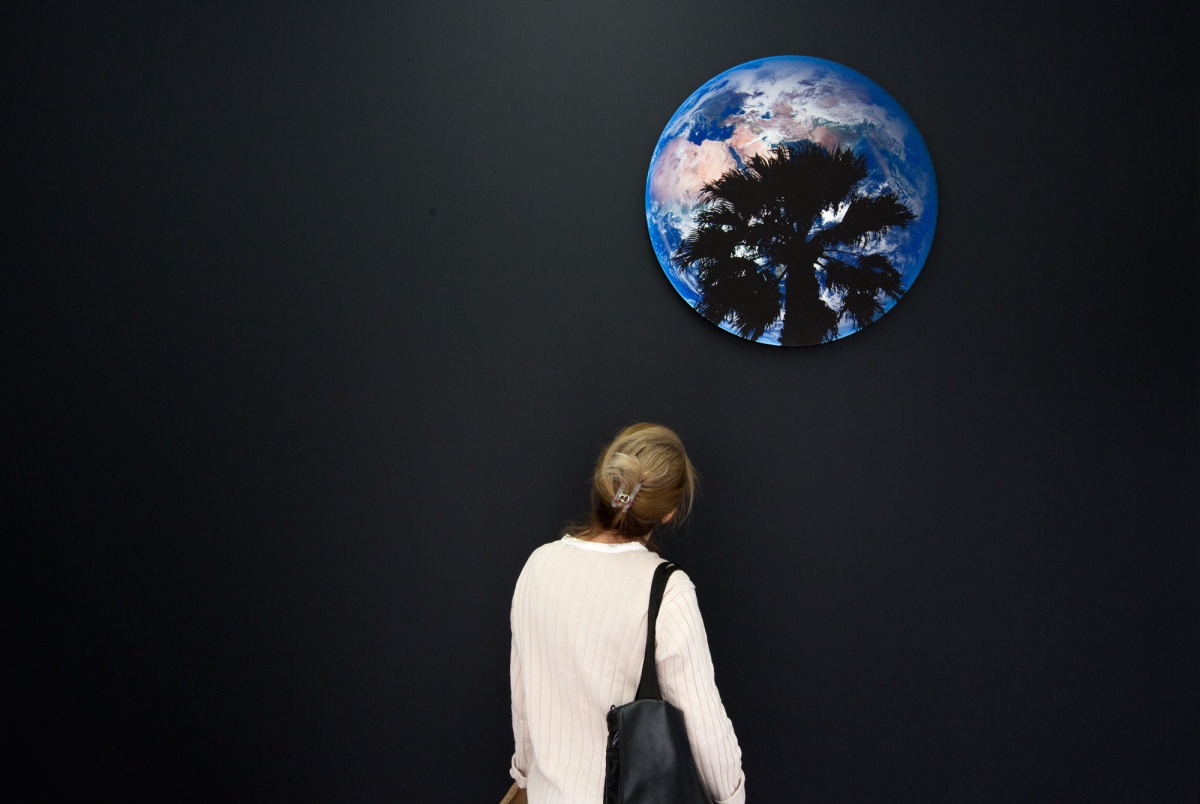 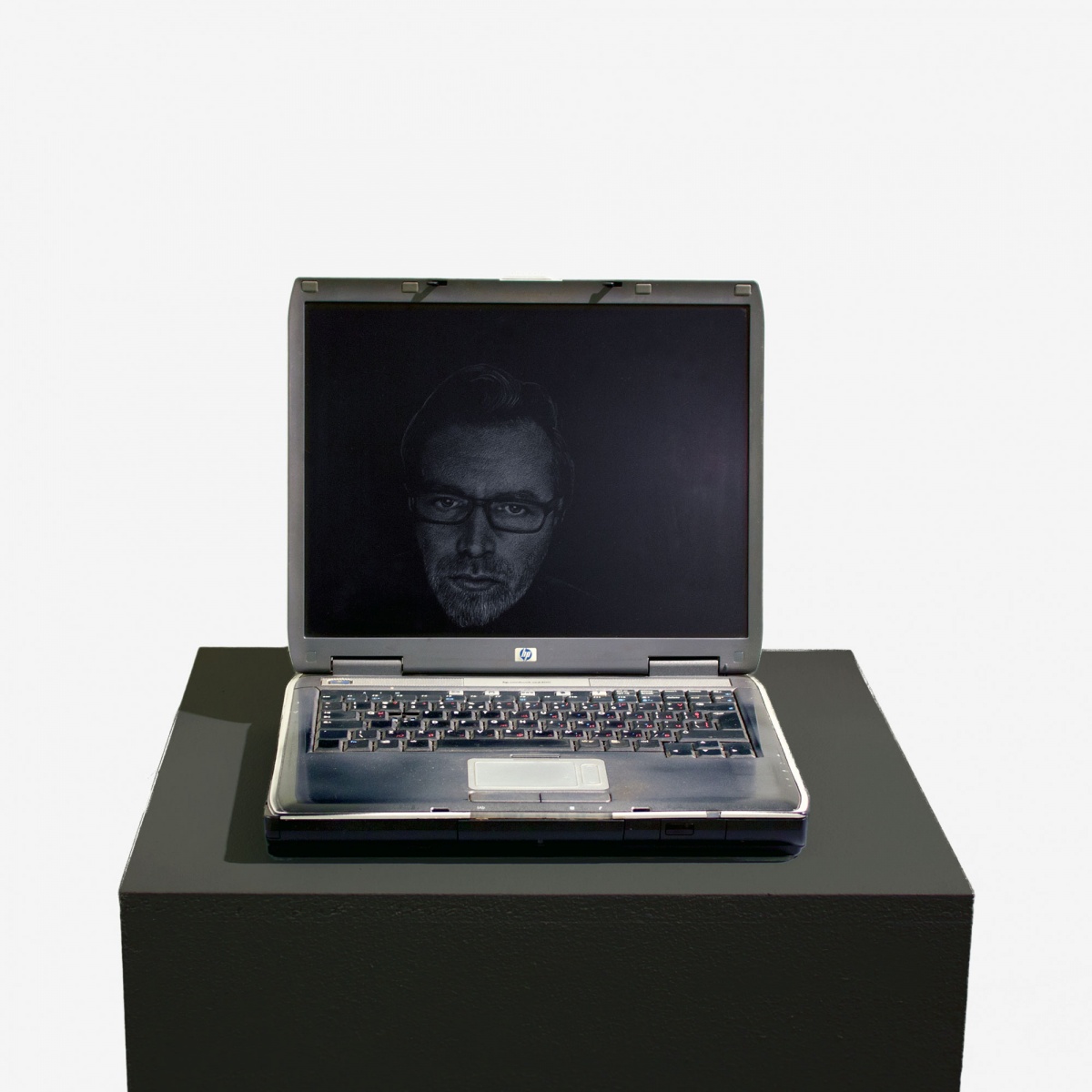 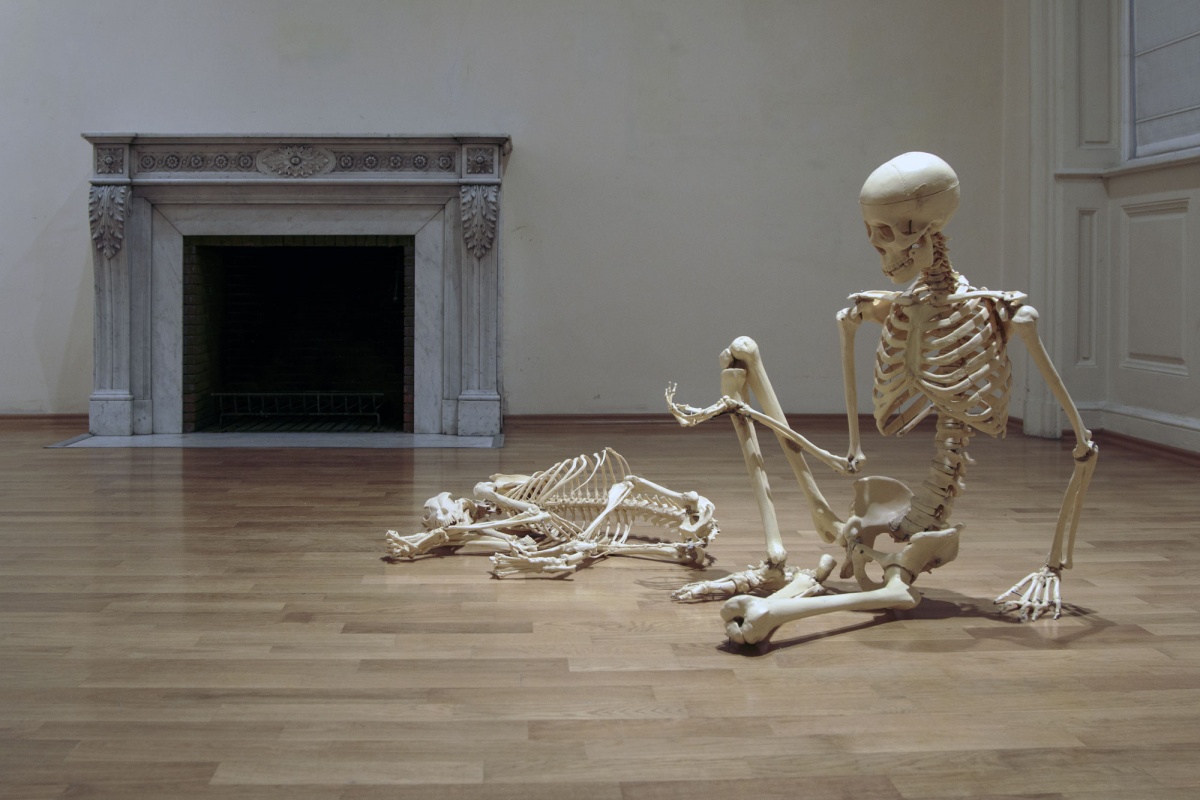 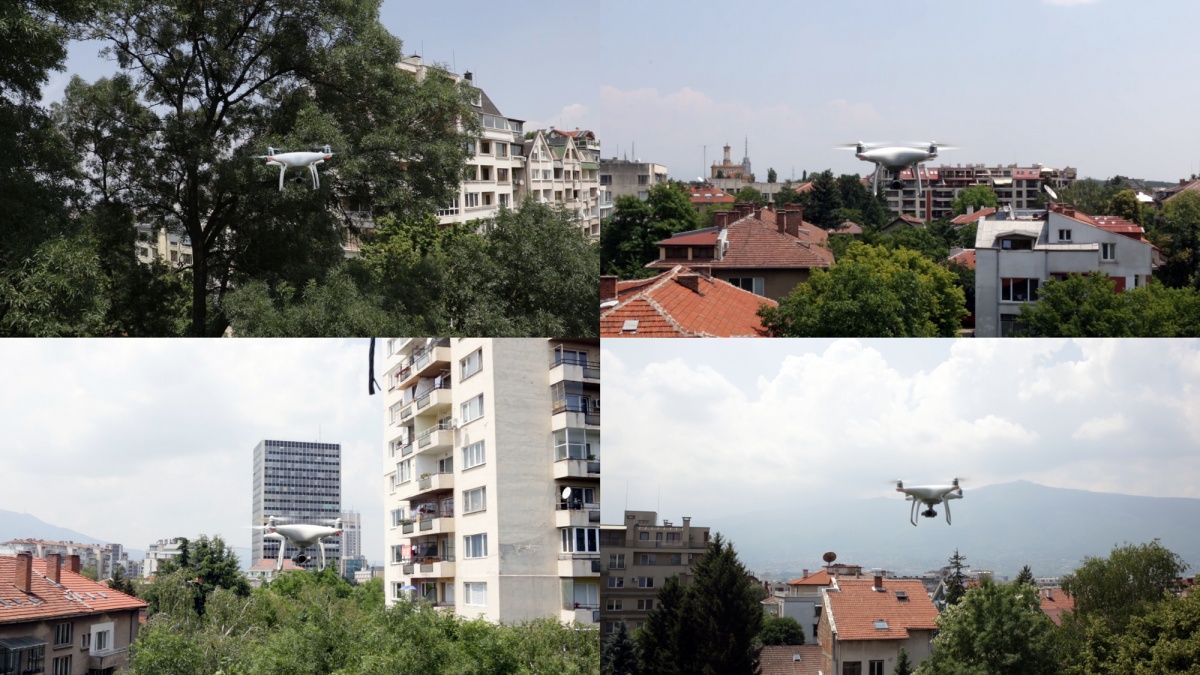 Between Flashback and Déjà-vu III, 2018. 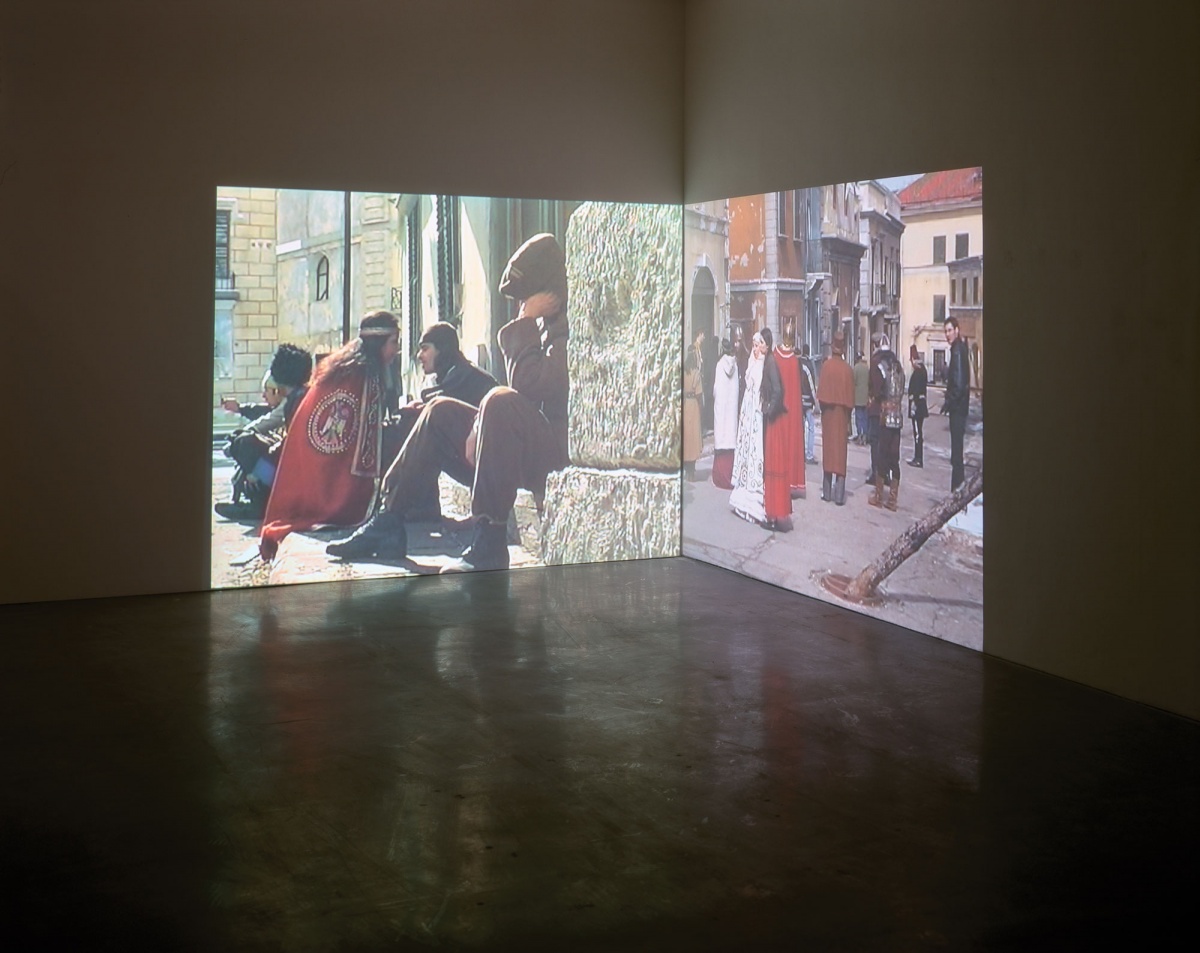