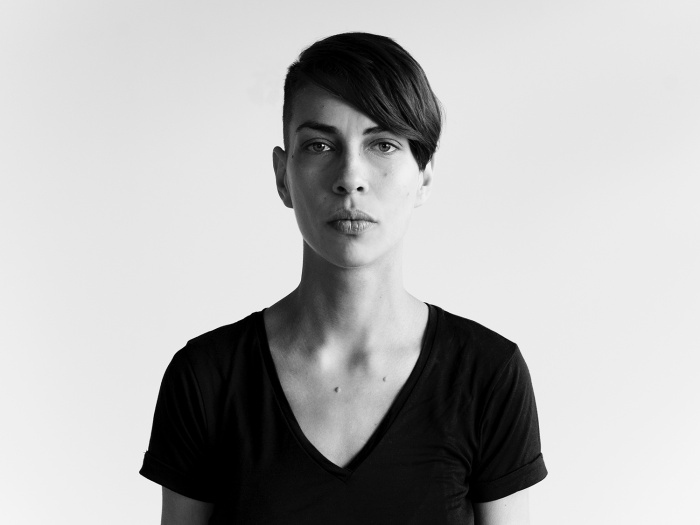 Michaela Lakova (b 1987, Sofia) is Rotterdam based visual artist and researcher working in the framework of erasure and memory. Her work encompass video and installations. She completed her BA in Stage design from the National Academy for Theatre and Film Arts (2011) and Master degree in Design and Communication from Piet Zwart Institute (2014), Rotterdam. Michaela presented her works in solo shows:  A manuscript of erasure (2017) in the fridge and Past-Present: Utopian dream for a nu(un)clear future at Æther 2018 and selected group shows include: Art Meets Radical Openness, Linz (2016), What remains, Graz (2015), Radical Networks, New York (2016), Medialab Prado, Madrid (2016), ZK/U, Berlin (2015), TENT gallery (2014), Rotterdam, Lydgallerit, Piksel festival, Bergen, (2014).

Michaela was honored to receive O&O research and development grant from Centrum Beelden Kunst (CBK) in 2015 and 2016 and G. Ruf award for Contemporary Bulgarian Art in 2016 and 2018.

Throughout her work, Lakova explores how the generation of digital traces and their problematic resistance to being deleted impact our perception of data ownership. Investigating the ethics of deletion and recovery of data, Michaela analyses and interprets the notion of digital information by considering its slippery nature, superimposing processes of digital recovery over the materiality of human memory.
- Veronica Gisondi, Unknown Quantities 5, published by Central Saint Martins College of Art and Design, London