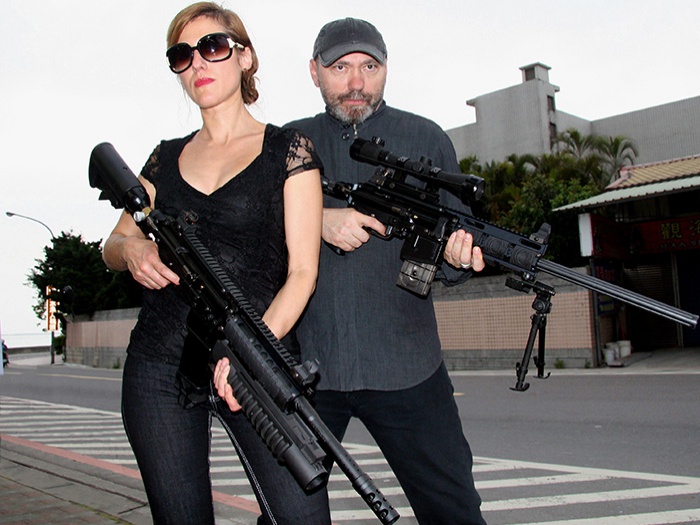 NINA Kovacheva (1960 - Sofia) and Valentin Stefanoff (1959 -Sofia). NINA and Valentin have lived and worked together for several decades. During this time, they have created both individual and joint works. Often, art critics speak of them as three artists: Nina, Valentin, and Nina & Valentin or ninavale. Nina and Valentin create numerous video and video installations designed for museum facades, public buildings and other public spaces. Among them is “In the Out” (2002), a video installation shown at the 4th Biennial of Contemporary Art in Cetine, Montenegro, for which they were awarded The UNESCO, 2002, Prize for the Promotion of The Arts. In 2005, they create ”Phases of Accumulation and Extraction in a Limited Space”, a video installation designed for the facade of the National Gallery, Sofia, it was the first of this type art intervention in a public place in Bulgaria. ninavale’s video instalations and side spesific works are shown at: Sofia Arsenal - Museum of Contemporary Art / City Art Gallery, Sofia / MOCA Taipei / Jeju Museum of Art, South Korea / The National Gallery of Art, Skopje / Arossita Gallery, Sofia  / National Art Gallery, Sofia / Dartington College of Arts, UK / Nanjing Shenghua Arts Center, China / Kunsthalle Hannover / Zendai MoMA, Shanghai / Duolun Museum of Modern Art, Shanghai / Macedonian Museum of Modern Art, Thessaloniki / National Academy of Fine Arts, Sofia / ZONE: Chelsea Center for the Arts, New York / Museum of Contemporary Art Detroit / MNAC, Bucharest / Musée d’Art Modern et Contemporain, Strasbourg / Nuit Blanche, Paris and many others.

…Nina Kovacheva and Valentin Stefanoff’s collaborative works are actually an avenue to the authors’ and each spectator’s individuality. With their unalloyed vehicles of expression and with their well thought-out structure, they convey the message of the freedom of the individual in a contemporary society of complex social interrelationships. The road to this freedom goes through sharing rather than through isolation and closure. This is why their projects turn into spaces of genuine mental and emotional interaction…
-Maria Vasileva / Sharing as an avenue to the self/ 2015

...Three artists will be discussed here: Nina, Valentin and Nina&Valentin... Three of the perfect pair work with construction and destruction in their sublime concurrence. Their conceptual minimalism – a trade mark of their work – is brought to the level of aesthetic rigor. The play with focus and distortion, with movement and motionless, with color and its decline, with light and its restraining, with silence, sound and their musical dissemination – at the end of the day it always leads to a pairing between closing and disclosing, to insightful revelation and to deferring residue, insusceptible to decoding. The three artists do not stop asking about inside and outside, about closed and open, but also about the critical interval between them.
- Dimitar Kambourov / A Proliferating Minimalism: Nina Kovacheva and Valentin Stefanoff 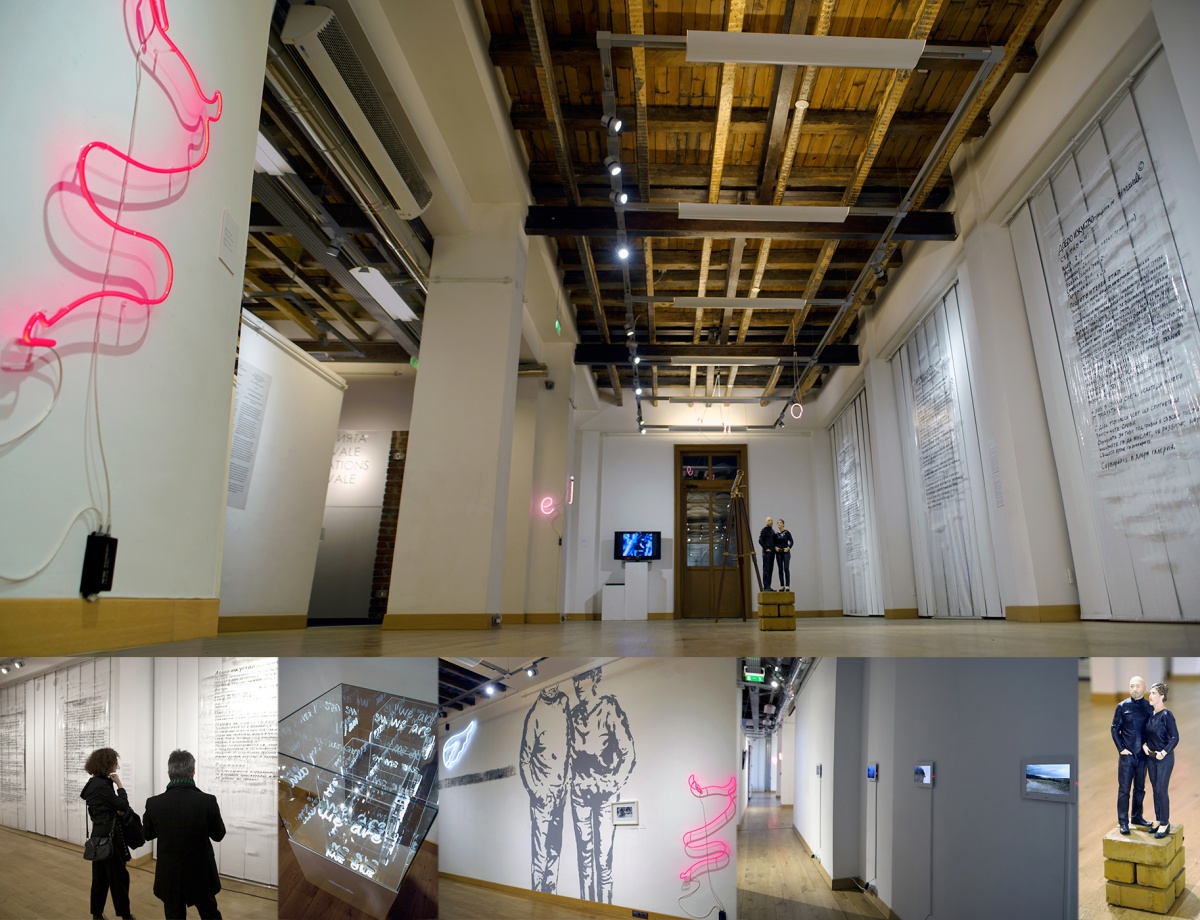 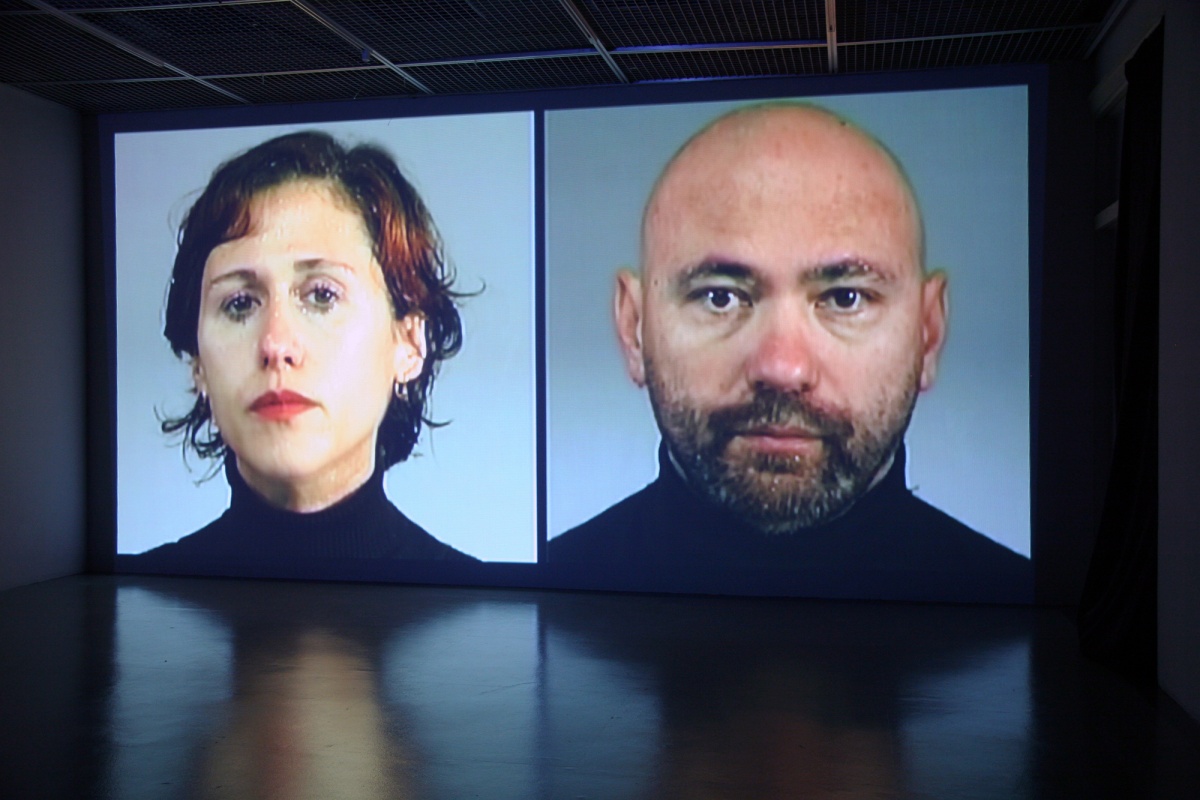 Phases of Accumulation and Extraction in a Limited Space, 2005. 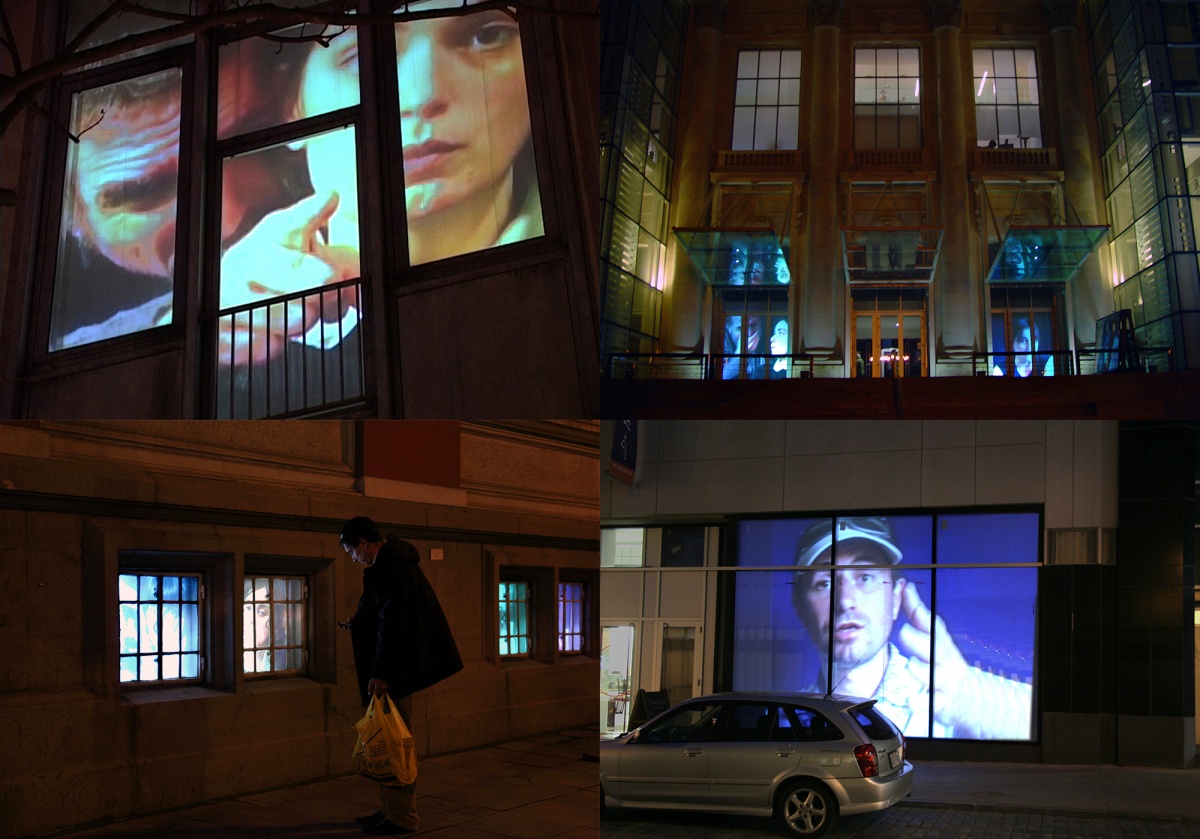 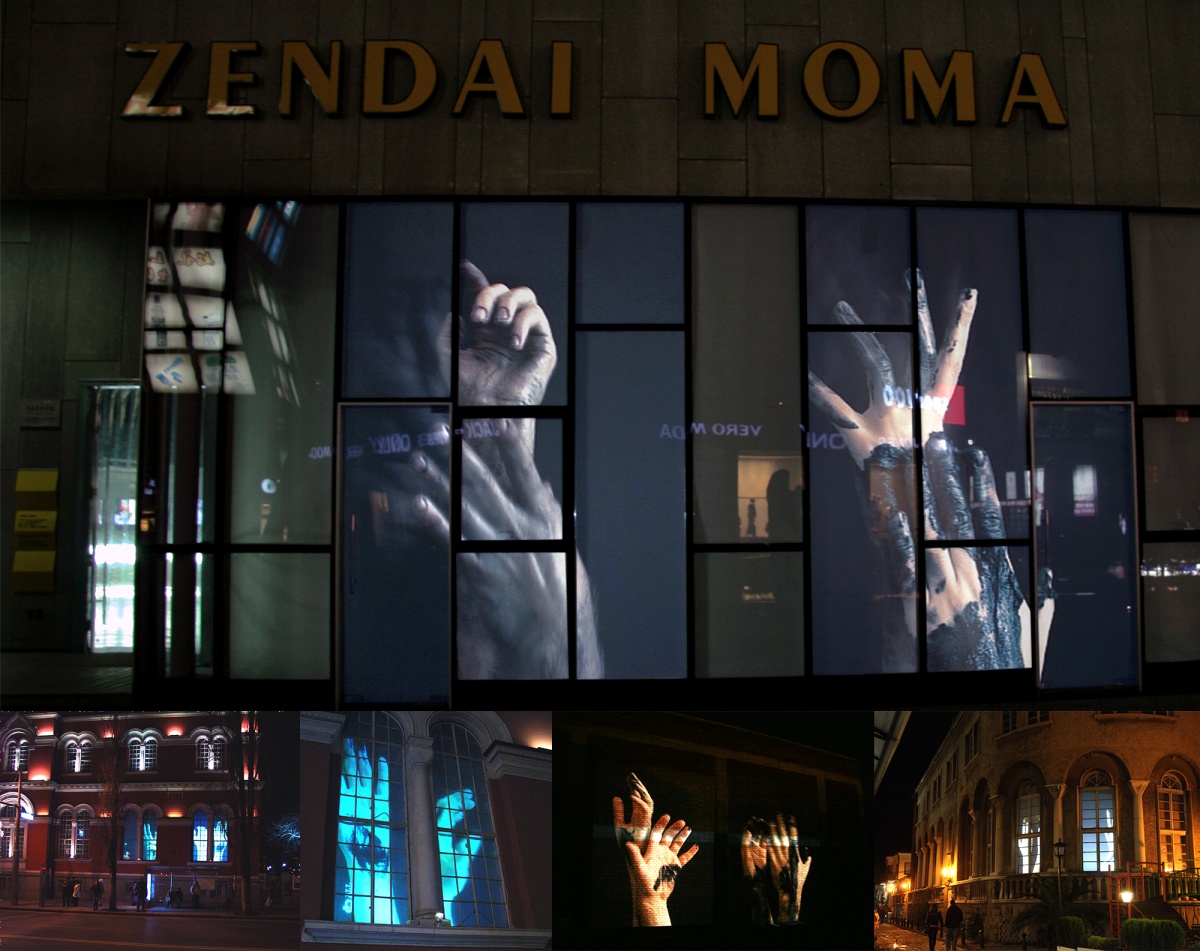 The Temptations of ninavale nina kavacheva + valentin stefanoff, nina & valentin ninavale = surplus enjoyment* nina AND valentin / 0 for black, 1 for with