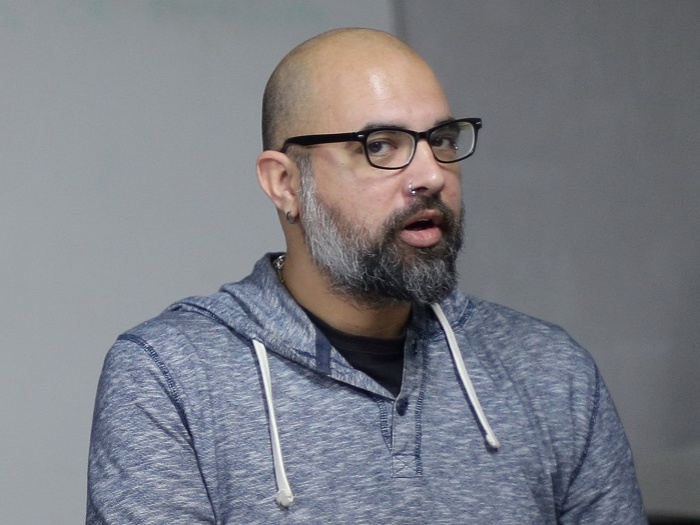 Stanimir Panayotov (1982, Sliven) graduated in Philosophy from Sofia University and holds MA in Philosophy and Gender Studies from Euro-Balkan Institute, Skopje. Currently he is finishing his PhD in Comparative Gender Studies at the Central European University, Budapest, and is Junior Researcher at Institute of Social Sciences and Humanities – Skopje. He works at the intersections of continental and feminist philosophy, non-philosophy, Neoplatonism and new/speculative realism, and has specialized in these fields in Slovenian Academy of Sciences and Arts, Ljubljana (2013); Institute of Social Sciences and Humanities – Skopje (2015); Linköping University (2016); American Research Center in Sofia (2016/17); Kingston University, London (2017); Utrecht University (2018). Co-director and co-organizer of Sofia Queer Forum (Sofia, 2012-present), as well as Summer School for Sexualities, Cultures and Politics (Skopje/Belgrade, 2012-2017). He has editorial and publishing experience with the publishing projects Anarres and Collective for Social Interventions (Sofia, 2012-2017). Since 2017 he is the editorial manager of Identities: Journal for Politics, Gender and Culture and is editorial board member of Oraxiom: A Journal of Non-Philosophy. He has written on contemporary art (Boryana Rossa, Oleg Mavromatti, ULTRAFUTURO, Ivo Dimchev, Velimir Žernovski, Dante Buu, Elisabeth von Samsonow), industrial, and black/sludge metal music. He is co-editor with Daniel Lukes of Black Metal Rainbows, a volume with essays and art contributions forthcoming in 2019.