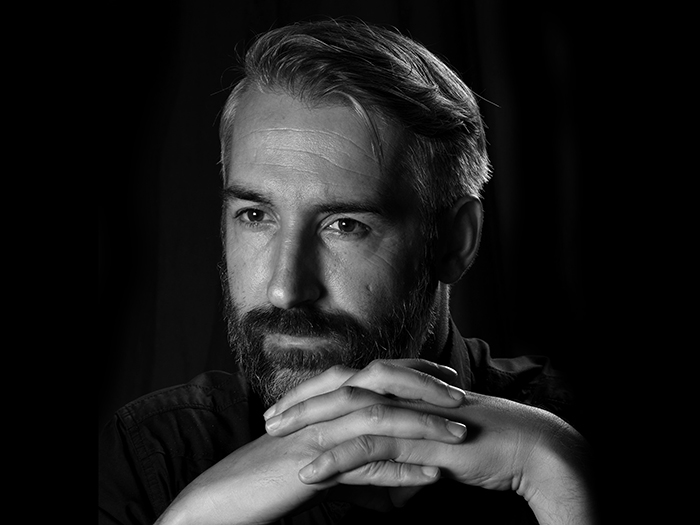 Venelin Shurelov graduate “Scenography” at the National Academy of Art, Bulgaria – PhD (2009). Co-founder and Associate Professor in MA program “Digital Arts” (2008-), National Academy of Art; Co-founder, part of the curatorial team and technical organizer of DA Fest, International Digital Art Festival, Sofia (2009-). Founder of ‘Subhuman Theatre’ (2004-) and the International art group ‘Via Pontica’ (2002-2005).
Venelin Shurelov is the author of various interactive installations/performances, some of which are "Drawing machine" (2005), "Fantomat” (2008), "Orthoman" (2009) “Tabula Rasa” (2010), “Shooting Gallery” (2012), "Rotor" (2016) - presented at Ars Electronica center, Linz. In 2011 he realized the cyber lecture “Man Ex Machina”, and in 2016 he directs a durational performance/installation "Post-Everything", as a guest lecturer at Towson University, USA.
His works explore the transitional states of the human body by focusing on his marginalization. They also relate on decoding the language of modern myths and encoding them in new creatures, to the intersection between man and technology, human and subhuman as a sub-product of the social, political, economical and cultural situation. His projects are multifaceted and include drawings, interactive installation and performances, digital technologies, video and art theory.
He has had a number of stage design projects, individual exhibitions and participations in general exhibitions and festivals in Bulgaria, Europe and USA. Awarded many times for his work in theater and contemporary art.
Lives and works in Sofia, Bulgaria.

In my works are intertwined theoretical searches, various digital technologies, interactive performances and interactive installations, cyber lecture, theater practices, street actions, video art and video installation, sculpture, drawing and electronics.
This complex artistic activity is sign with the name SubHuman Theatre.
SubHuman Theatre is manifested as a sub-product of social, political, economic and cultural situation. In its conceptual framework I explore intermediate states of the human body, focusing on its marginalization. It refers to decode the language of modern myths and encoding them into new creatures at the intersection between man and technology.
SubHuman Theatre is a wide platform, which collects many aspects of the forgotten humanity. In the term "subhuman" appears oppressed humanity. Occurring in various forms, which can be summarized with the term subculture. The outline of the subculture is usually considered ugly, monstrous, deviant, pathological, marginal, subversive. Technocracy, techno-culture, techno-aesthetics and general technological manifestation with which we communicate constantly is a special kind of monstrosity aesthetic. It fascinates and repels, seduces and scares, legitimize and destabilize.
In my art works is presented a special emphasis on the human body as a means of expression. In most cases I use my own body as material for experiments, mutations and transformations as ritualized personal experience. Typical of the role of my own physicality in the presented projects is its "incorporation" in various facilities, immurement the human body in structure, placing the body in the ordeal, the boldness of physical effort.
SubHuman Theatre is an informal pseudotheatrical structure, the core of which is the combination of social reflection and empathy. Context to build a kind of modern mythology as the sum of actual and epohal, mythos and logos, fabulous and critical. I stand behind the conviction that the artist must build its own mythology, consistent with the environment and the time in which he lives.
- Venelin Shurelov 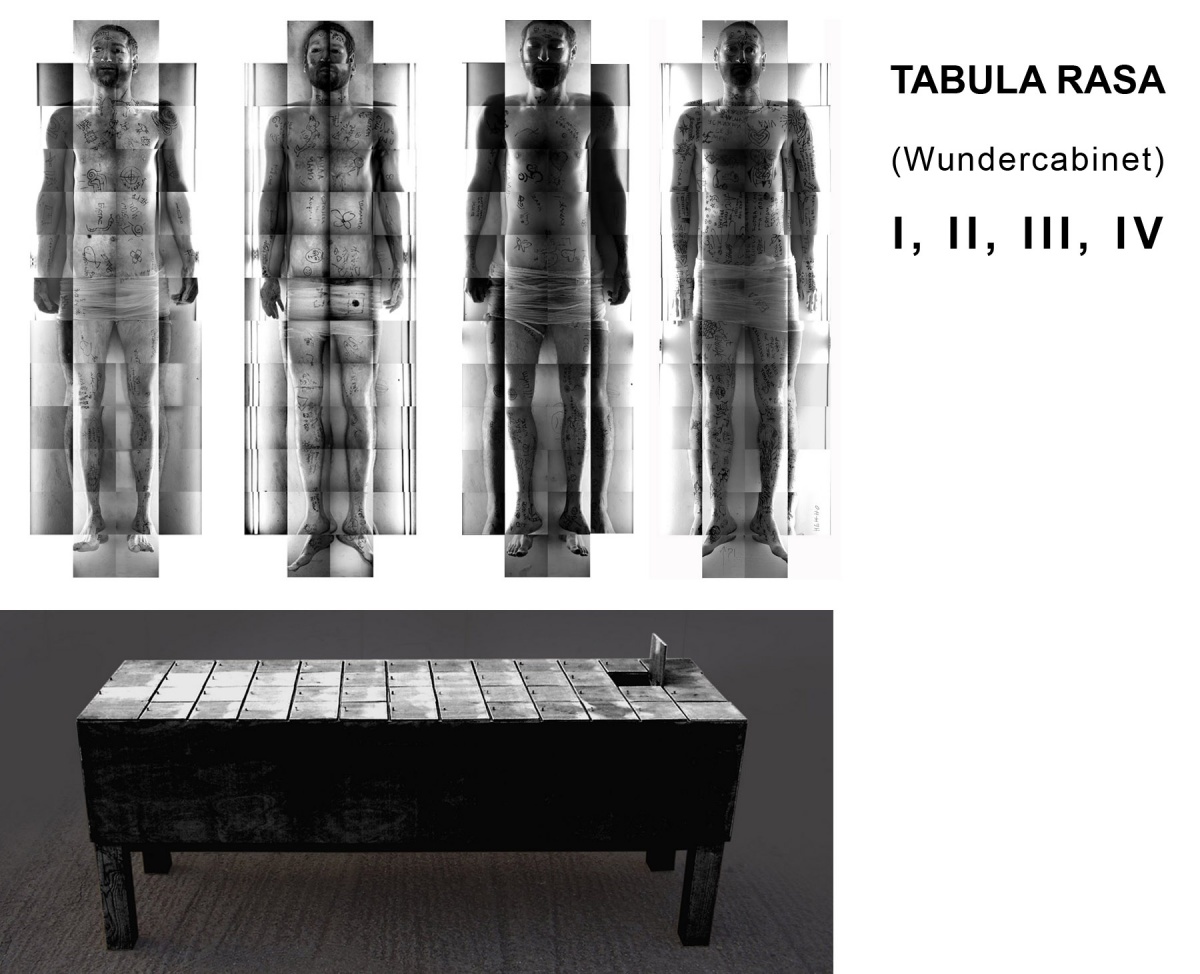 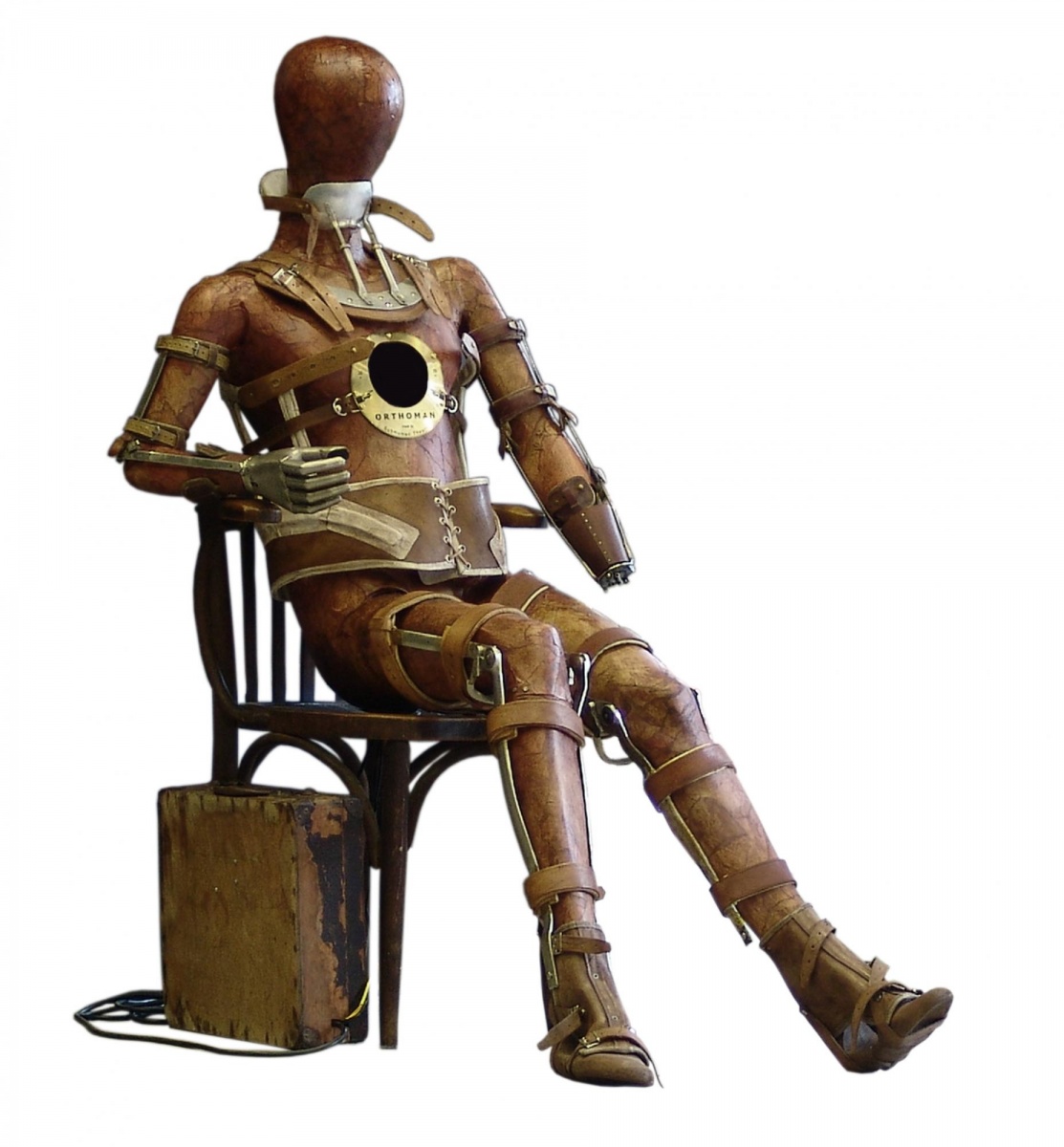