Aleksandra Chaushova was born in Sofia, Bulgaria in 1985, lives and works in Brussels, Belgium. She has graduated from the National Art Academy in Sofia, in the autumn of 2012 she was invited as a guest student at Kunstakademie Dusseldorf in the class of Lucy McKenzie. She is currently doing a PhD in Art and art sciences at the Free University of Brussels in collaboration with ENSAV La Cambre (where she teaches as an assistant in Department Drawing).Her practice is diverse, including graphic printing, illustration, writing and painting. Her works have been exhibited at WIELS Center for Contemporary Art, La Centrale.lab, CC Strombeek, BOZAR and in Neue Museum - Nurnberg among others. In 2015 she was nominated for the Faber-Castell International Drawing Award and won a Vocatio prize by the Fondation Belge de la Vocation and the contemporary art prize BAZA. In 2016 she had the SOFAM Prize for best solo show (with Jozsa gallery) at Art on Paper Brussels.

Aleksandra Chaushova treats history like an onion. She is interested in making visible the mechanisms that history tries to hide: wrong stories, fake testimonies, witnesses chosen knowingly and with an agenda. Her practice is far from being judgemental, from claiming one story to be truer that the other.
- Agata Jastrzabek

In Chaushova’s haunting iconographies bird-like, animalistic forms are combined with conventional figurations. Apart from a feeling of fear or terror conveyed by the alienation, a dark sexual connotation is equally present in these images, which vary from naïve or dreamlike to the nightmarish. Graphite is her preferred material for this, and her choice apparently is driven by its quality of closely matching that of printing ink. Chaushova’s practice differs markedly from that of colleagues who excavate archives and documents, in search of truth, in that she replaces the absoluteness of documents in offset-printing ink with the nuances, hesitations, imperfect gestures and tactility of graphite drawings.
- Dirk Snauwaert 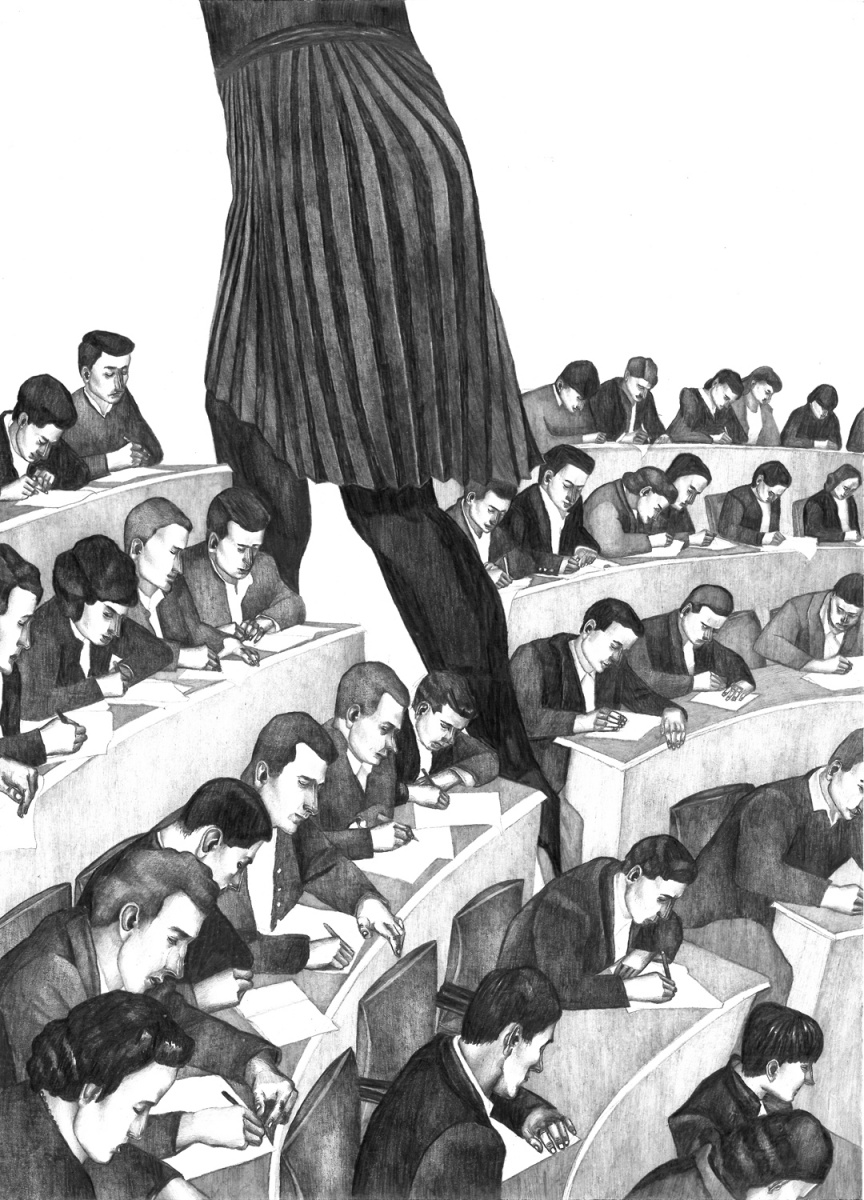 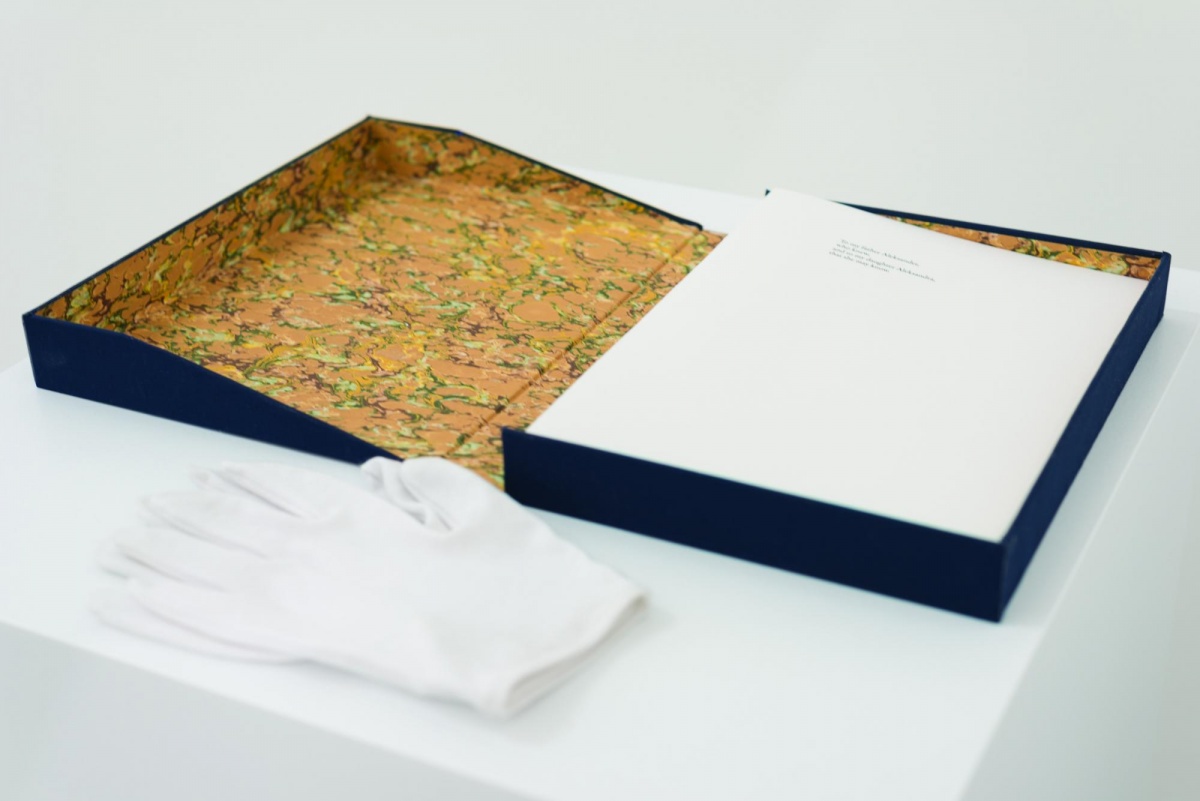 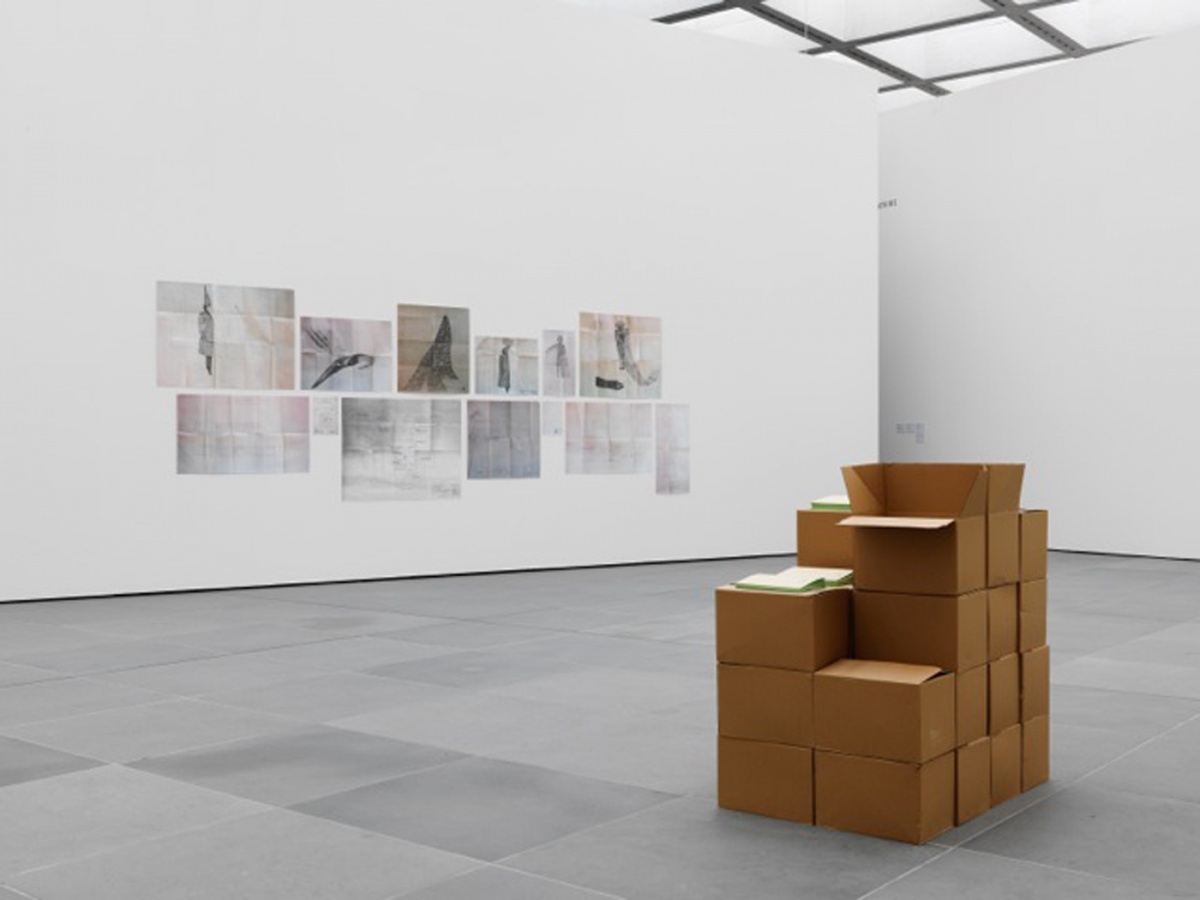 Annulment of the End of Things/ Presentation at Neue Museum Nurnberg, 2015.

Annulment of the End of Things/The Box/project for theater set, 2015. 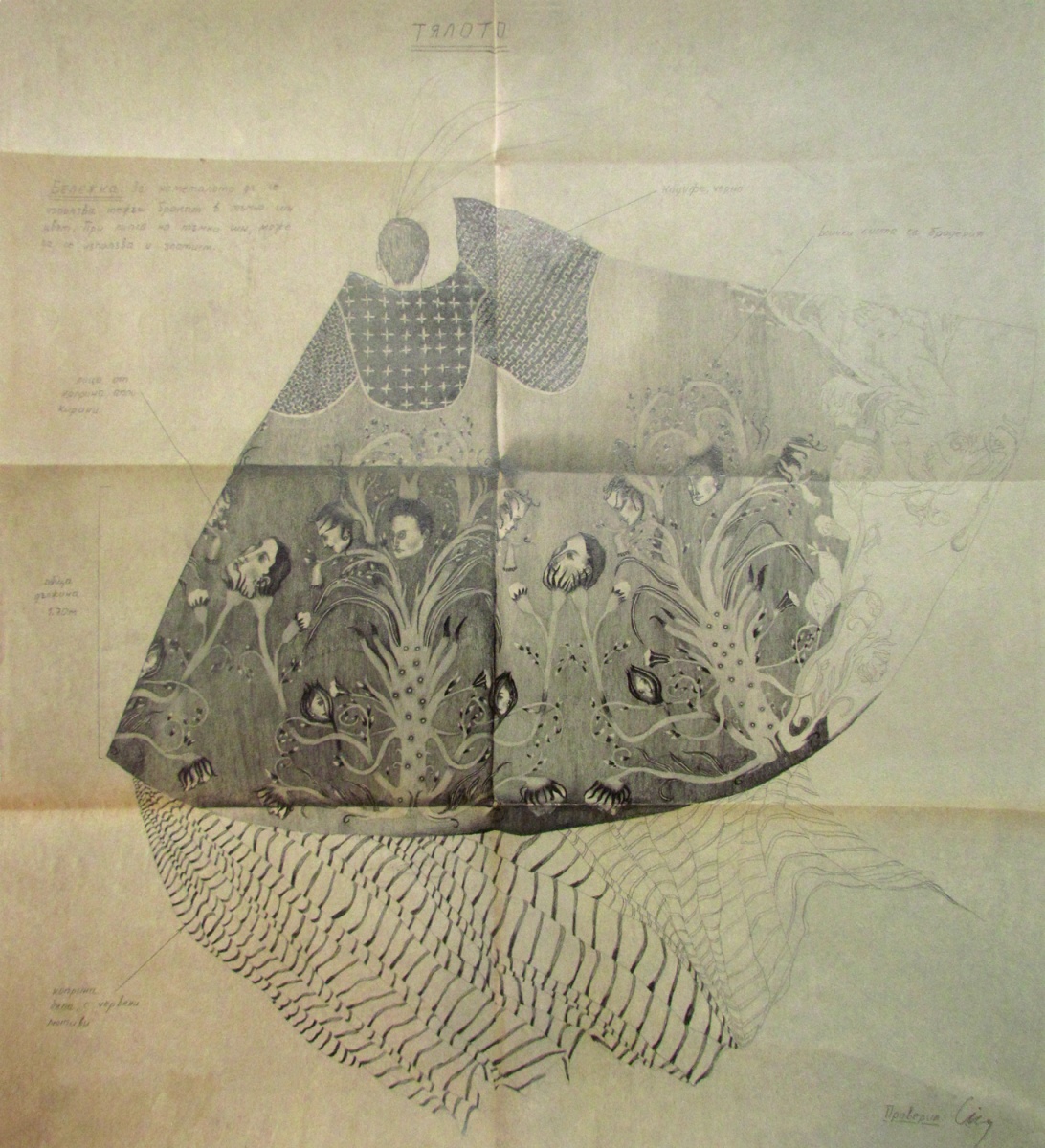 Annulment of the End of Things/The Body/project for a costume, 2015.