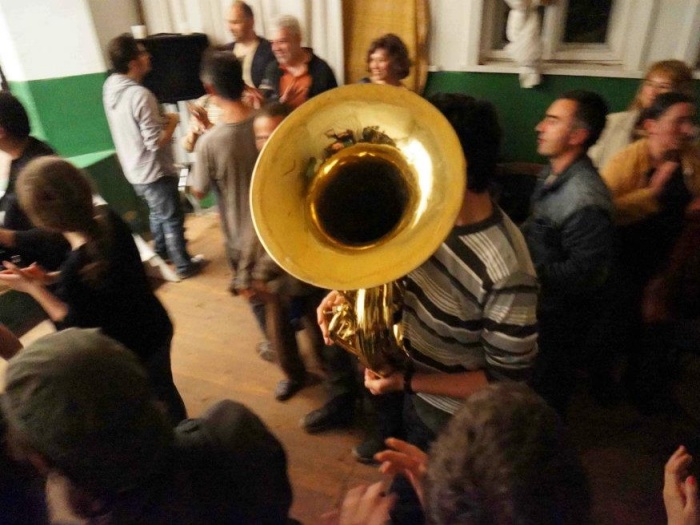 The GOATMILK Festival was founded 2004 from Diana Ivanova and Mariana Assenova with the support of their international partners Stanislav Miler (Czech Republik), Paul van Zogl (Netherlands), Agniezska Cwielog (Polans) and others.

GOATMILK is an annual event around 24th of May (local and National Holiday dedicated tot he Cyrilic Alphabet). The Festival is an independent, not commercial event, a n interdisciplinary meeting place for people from different creative fields in Europe and the world to discuss personal and collective memories.

GOATMILK is the only Bulgarian festival who deals with the communist past and the heritage and their consequences in the periphery of the society. The festival uses two main tools – arts and volunteer activities.

2008 – THE BELL OF BELA RECHKA
“The Bell of Bella Rechka” one-year project under the  European program  Culture 2007-2010 in partnership with Borderland Foundation, Poland and Laundry, Birmingham, England with the support of Goethe Institute – Sofia.
A new bell and bell tower were constructed in the village of Bela Rechka and with different artistic activities were created – theater performance, sound installation, a book and a documentary.