Gallery Synthesis was founded  in 2013 as a part of Photosynthesis Art Center, with the idea to support Bulgarian artists from all genres of photography. To create a space, where art can be seen by photography enthusiasts, professionals and students. Since its beginning there have been many exhibitions in gallery Synthesis by both world-renowned names in photography and young, talented and promising authors. One of the many tasks of the gallery is to create an archive of photos, which are proof of how the Bulgarian photography developed over the years. However, the gallery must also provide a big art choice for the collectors.

One of the goals of gallery Synthesis is to familiarize the audience with the Bulgarian classical photography and to popularize the work of Bulgarian photographers from the distant and recent past. In the past years exhibitions of one of the most famous and talented Bulgarian authors were showed at the gallery, authors like, Nikolay Popov, Architect, Garo Keshishian, Yordan Yordanov-Yuri, Nadezhda Chipeva, Alexander Ivanov, Alexander Sertev, Dimiter Dilkov, Kalin Ruichev, Sonya Stankova, Neli Gavrilova, Elina Keshisheva,  Temelko Temelkov,  Alexander Nishkov, Rumen Koynov and many others.

Since 2016 the gallery is in a partnership with the Italian Foundation Sergio Poggianella, which owns a stern collection of photographs by Bulgarian authors. In the last joint event they contributed with a lot of photos by Yordan Yordanov-Yuri In the program of The Month of Photography in Bratislava.

The program of the gallery includes individual exhibitions by students and group exhibitions by young photographers. Partners in these events are the National Fine Art Academy, New Bulgarian University, National Academy of Theater and Film arts, Academy of Music, Dance and Fine Arts in Plovdiv, Sofia University and University of Fine Arts “Mimar Sinan” in Istanbul. Some of the youngest authors introduced in the gallery are Lyubomir Ignatov, Denislav Stoychev, Victor Kozhuharov, Dimiter Karanikolov, Mihaela Ivanova, Imaginary Archive/Tihomir Stoyanov/ and others.

A big part of the program is opening exhibitions and organizing meetings with renowned young artists like Eugenia Maximova, Nikola Mihov, Boryana Katsarova, Vladimir Donkov, Kalin Kostov and others.

Often gallery Synthesis is a host of foreign authors, who work in different directions of photography. In 2014 and 2018 two projects by the famous Greek photographer John Demos were shown, “Shadows of Silence” and “Albania on the cusp of change I 1990-1991”. In 2014 with the partnership of BG Pressfoto a guest author of the gallery was the American photographer Edward Keating. In 2016, the young Italian Fabio Bucciarelli showed his last project “The Dream”, a project which won the award of FotoEvidenceBookAward with World Press Photo. Through the years, foreign authors have been shown: Petros Efstathiadis(Greece), Marc Asnin, Suzanne Heintz, Acacia Johnson(USA), Elaine Jeffrey(Great Britain), Babak Salari and Rawi Hage(Canada-Iran/Lebanon), Boro Rudic(Macedonia), Bruno Klomfar(Austria)), Pierre Gonnord(France-Spain) and also the platform Young Austrian Photography, an exhibition by Lithuanian photographers from different generations, suggested by the Association of Lithuanian Art Photographers  (Antanas Sutkus, Alexandras Matsiauskas, Romualdas Pozherskis, Romualdas Rakauskas), a group exhibition of young Slovak photographers with the partnership of the Central European House of Photography in Bratislava.

In 2018 with the partnership of Sofia Film Fest the photographs of the Georgian artist Yuri Mechitov were showed. He documented twelve years of the life of Sergei Paradjanov. The exhibition was included in the program of the festival which showed a film panorama of the famous director at the same time as the exhibition.

Opening of the exhibition Arraigados by Pierre Gonnord with the partnership of Cervantes Institute (May, 2018), 2018. 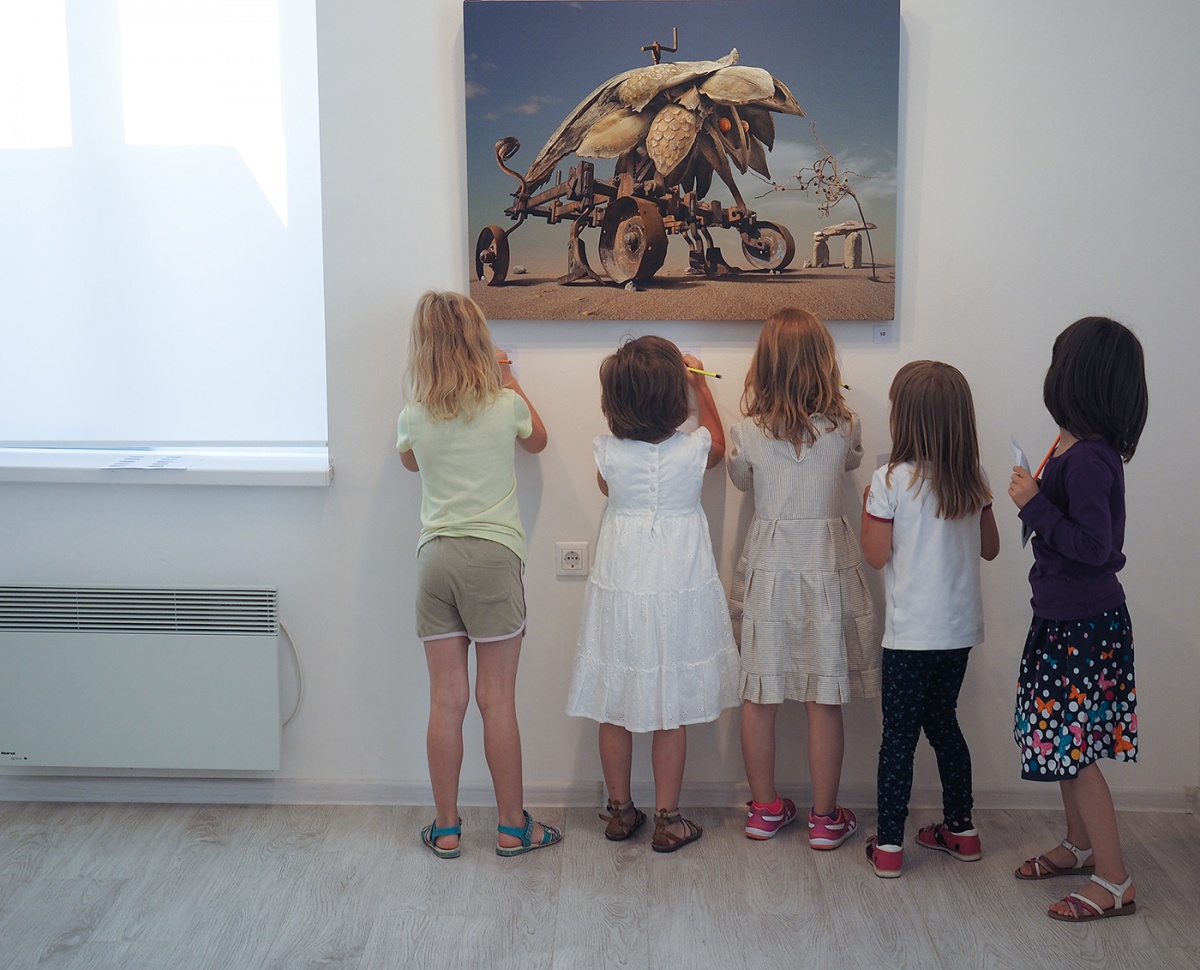 Children from the Educational Center "Exploratorium" offer titles for the images of the exhibition by Radoslav Penchev (July, 2015), 2015. 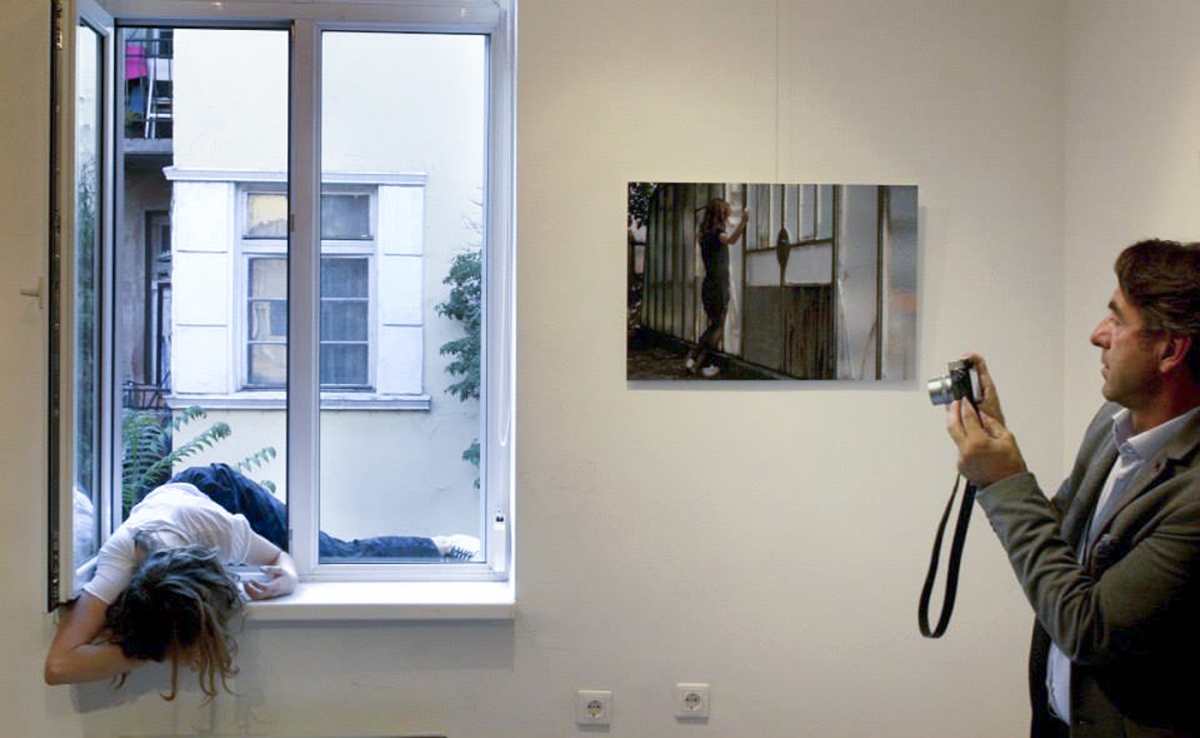 Performance by Malika Fankha. Opening of the exhibition “uncommon places” by the platform Young Austrian Photography it partnership with Austrian Embassy in Sofia, (June, 2015, © Galya Yotova, 2015. 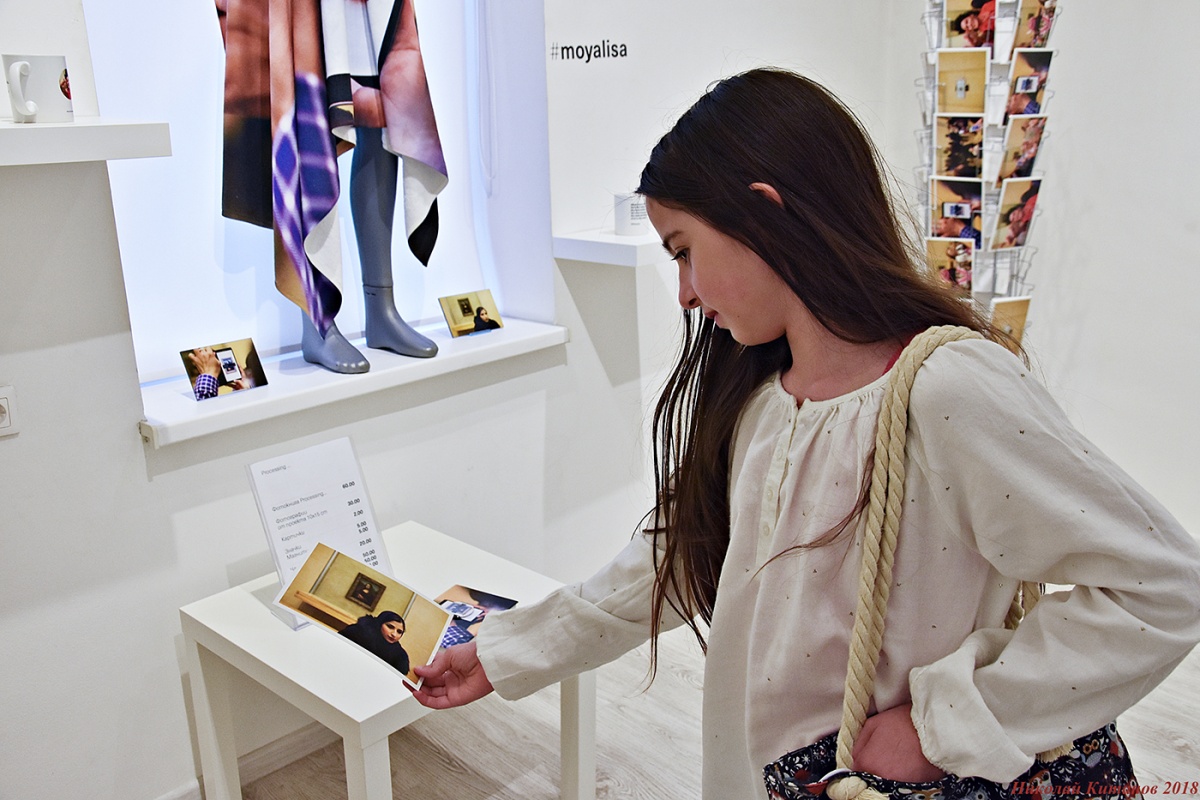