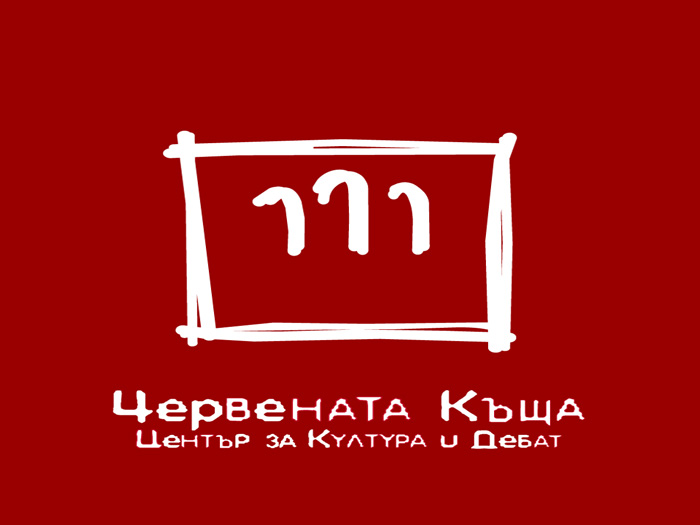 Since its inauguration in 2004, The Red House Centre for Culture and Debate "Andrey Nikolov" has established itself as the home of independent artists in Bulgaria and the place where the most important social, political and cultural issues of the day are freely discussed. The centre is the first space for public debate and the first independent space for art, culture, social practices and psychodrama in Bulgaria. It is located in the former atelier and home of the great Bulgarian sculptor of the early twentieth century, Andrey Nikolov. The centre is a project of Gulliver Clearing House Foundation, which was founded in 1996. The mission of the centre is to develop the independent art scene, to inspire civic participation and critical thinking and to help integrate the most vulnerable social groups with the means of art and psychodrama. To fulfil its mission, the centre organizes events and develops three major programmes – Society and Politics, Art and Culture and Social Practices and Psychodrama.

The public debates of the Red House are an invitation for an authentic and honest public dialogue on our shared life as citizens. They open for discussion the most important social, political and cultural issues of our time. They invite a variety of opinions without fearing any well-argued statement and are presented in a language that is both accurate and emotionally appealing to non-specialists. The debates are open to a variety of speakers and social groups. We make a particular effort to present voices that cannot be heard elsewhere – young people, women, minorities, etc. Since its inauguration, the centre has had famous lecturer and panelist visitors like writers Orhan Pamuk, Dubravka Ugresic and Georgi Gospodinov, military journalist Kevin Sites, political scientist Ivan Krastev, historian Timothy Snyder, civilian activist Christian Picciolini, and many others .

Since its inauguration, The Red House has established itself as the home for independent artists in Bulgaria. With series like Debuts on the Edge, Zero Gravity Art and Reverse Angle, the centre invites young debuting artists with non-traditional views. Art and culture events are the main part of The Red House programme. Most of them examine painful social issues and seek to answer questions like: "What do Sofia's homeless people dream about?", "What do refugees run from?" and "What kind of country do we want and create ourselves?" In this way, they work alongside our Society and Politics programme to achieve greater awareness of social problems through socially committed art forms like forum theatre (theatre of the oppressed), documentary theatre and ethnodrama. The Documentary Art Platform N/TRY is the main engine of The Red House's socially engaged art programme. In addition to developing independent and socially committed art, the Arts and Culture programme organizes short-term training that complementс the arts education in the country, such as courses on the acting methods Suzuki and Viewpoints, on digital technologies, virtual reality and others. The Red House Centre for Culture and Debate is the co-organizer of the first international festival for contemporary dance and performance in Bulgaria, Antistatic. It is also traditionally the setting for The Month of Photography, the international forum of non-objective art "orthogonal", the LGBTI Community Fest in Sofia and many others.

The mission of the Social Practices and Psychodrama Programme is to help integrate the most vulnerable social groups with the help of art and expressive methods, as well as to develop psychodrama, sociometry and group therapy and promote their application in education, social work, psychological counseling and organizational development. Social practices The Red House has made a major contribution in Bulgaria for introducing and developing a new type of social service for integrating disadvantaged people in institutions. This is psychosocial support through art (drama, drawing, forum theatre) and expressive methods (sociodrama, playback theatre, psychodrama). They stimulate social adaptability, self-reflection and the ability to deal with personal and social problems. Psychodrama Institute The mission of the Psychodrama Institute is to develop, popularize and train people in methods that are less known Bulgarian such as psychodrama, sociometry and group dynamics. The institute has been an accredited training institute at FEPTO (Federation of European Training Organizations on Psychodrama) since June 2012.