Lubomir Krastev was born in 1983 in Rousse, Bulgaria. At 2008 he graduated with a masters degree in Graphic Arts at the Academy of Music Dance and Fine Arts, Plovdiv. Some of his solo participations include: 2016 ”The Industrial Temple”, Night of Museums and Galleries, Plovdiv and 2013 “Forcing the election”, National Autumn Exhibitions Plovdiv. 2011 Gallery ‘’Art Alley’’, Sofia; 2008 Autograph Gallery, Plovdiv. Among his group participation can be mentioned: 2019 Background: Young Artists Plovdiv, a project of gallery ‘SARIEV Contemporary’; "Generation between destruction and enthusiasm", a curatorial project by Albena Mihaylova-Benji, presented by AM Contemporary as special guest of LISTE, Art Fair Basel; 2017 “Tractatus Locus” – “The space in contemporary artwork”, curatorial project by Christina Schrei at the Bulgarian Cultural Institute - Wittgenstein House, Vienna, Austria; 2012- New Acquisitions 2010 - 2011, Sofia City Art Gallery, Sofia, Bulgaria; The Fifth Beijing International Art Biennale; Fusion-International Contemporary Intaglio Print Invitation Exhibition, China etc. In 2016 Krastev is a Beneficiary of the Support Program; to the Gaudenz B. Ruf Award. In 2010 and 2015 he is a visiting artist in the resident program of International Artist Village, Guanlan, China; 2012 he receives a prize for the National Allianz Competition, Plovdiv; 2009 was awarded at the National Competition for Young Artists, Critics, and Curators, Sofia, Bulgaria. Lives and works in Plovdiv.

Lyubomir Krastev’s art is a complex and virtuous process of observation and reinterpretation of the real object and reality itself. In his early works he transforms industrial sceneries and materials into monumental aesthetic objects, giving them a metaphorical meaning and a state of existence out of their natural context. He uses the suggestion of black and white photographic images of industrial utility items, which are at least defined and manipulates them manually with multiple print graphic techniques, to create a different objectivity and aesthetic environment.

Metaphoricaly those works represents a reflection on the human interference in nature, and the “traces” that we leave behind. This statement is developed further In “The Industrial Temple” a multidisciplinary and stratified project. A powerful abstract object, reminding an imaginary industrial machine, is standing in empty and cold space. Etching, aquatint, motion and sound are creating a monumental vision of this hypothetical post-apocalyptic place of the industrial cult. The title itself is a conflict between a raucous manufacturing environment and a silent place of worship. The observer is captured by the raw, detailed texture and the overwhelming size of the artwork. It’s also a metaphorical representation of diaspora of the human being in the industrial world.

“Scar Field” is another representation of an abstract place, the Earth’s crust. The composition is a wide landscape with striated and barren surface. Red pastel strips are erupting from a crater in the core of it, just like a volcanic magma. Soot and carbon black is raising in the air. The image is a disquieted picture which brings a sense of anxiety and even fear.
-Zlatina Kostova 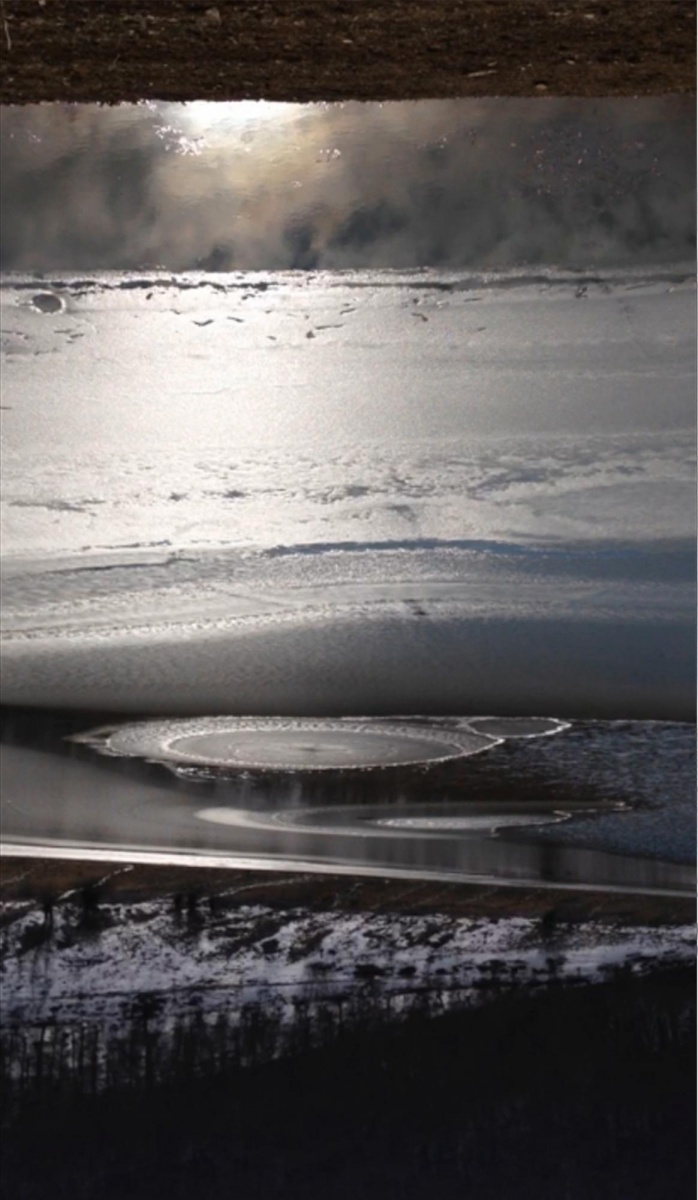 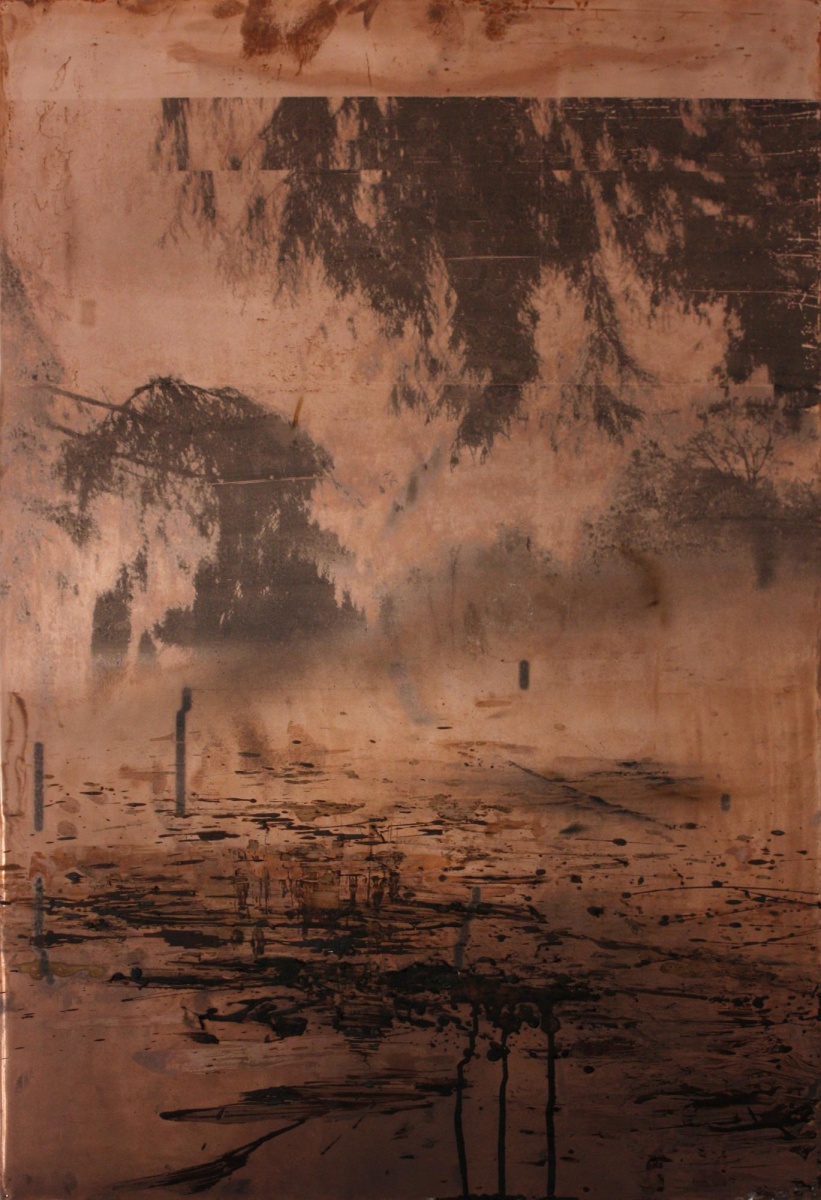 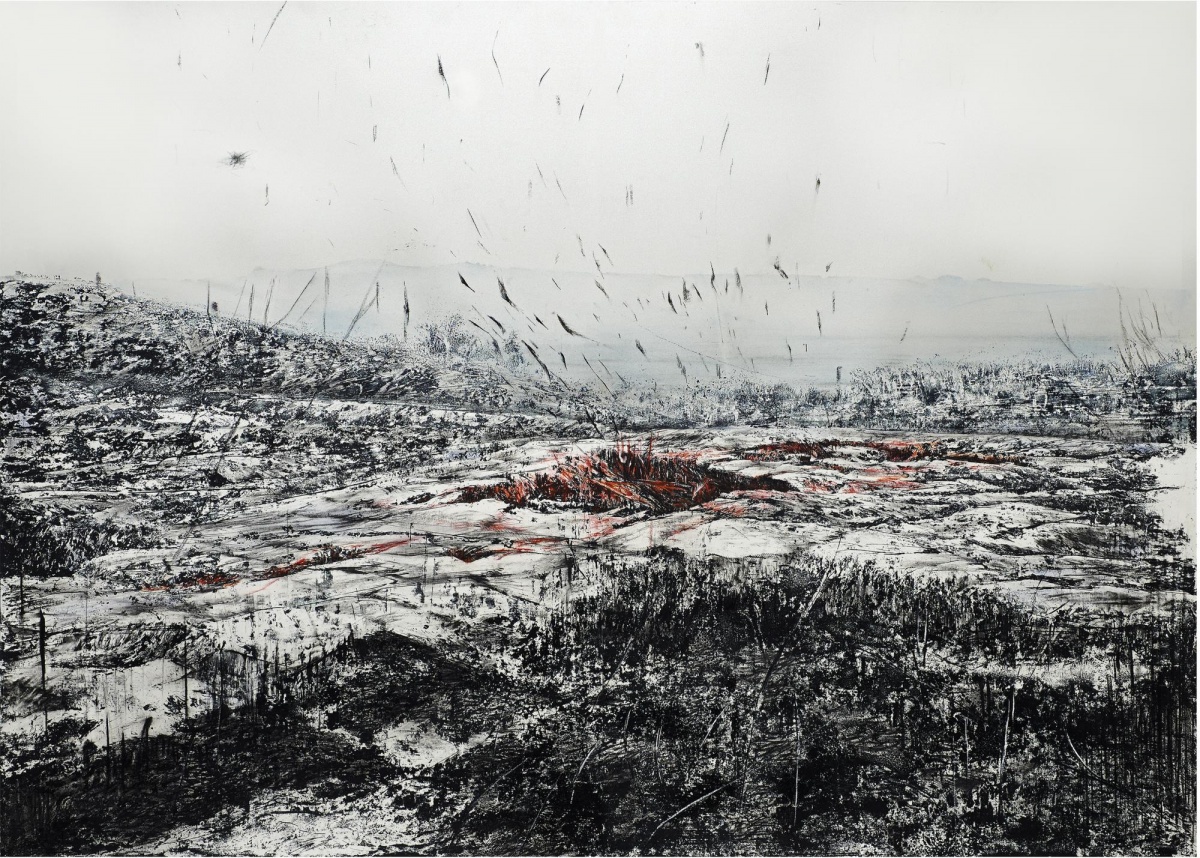 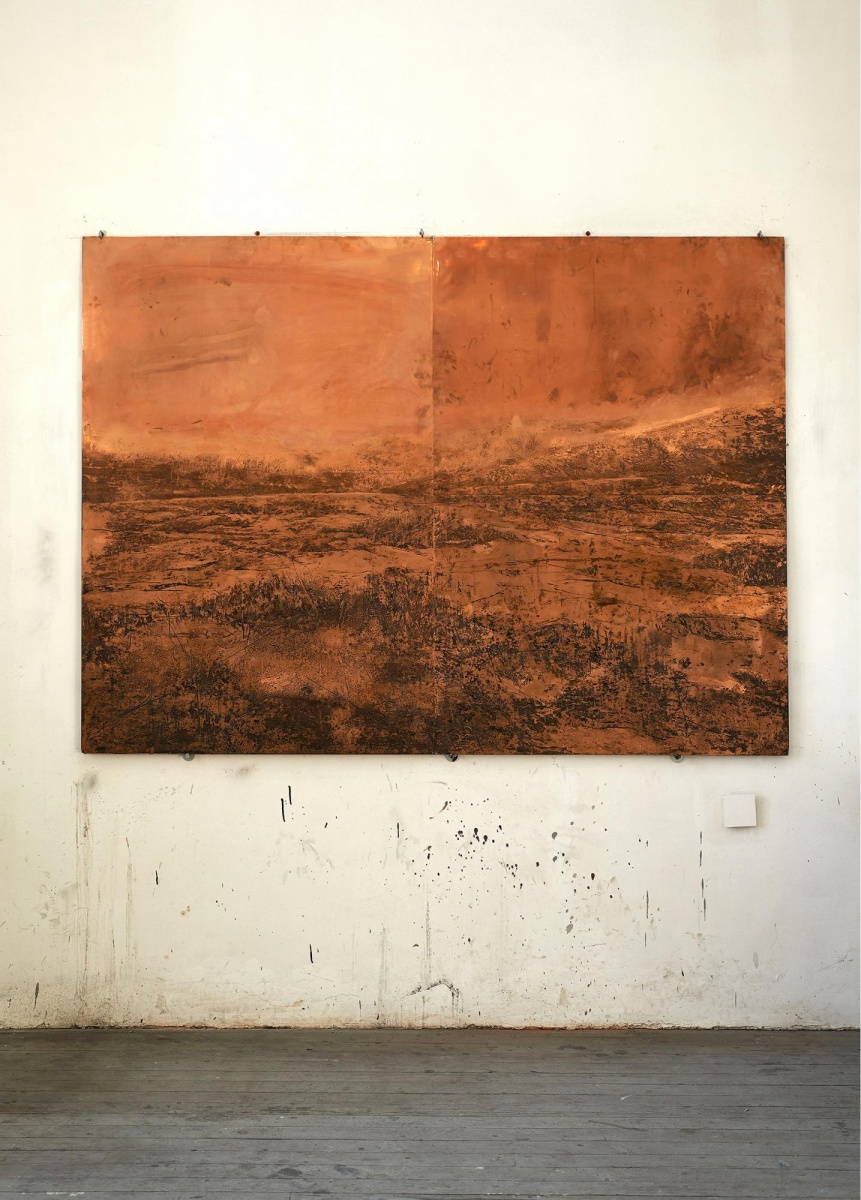