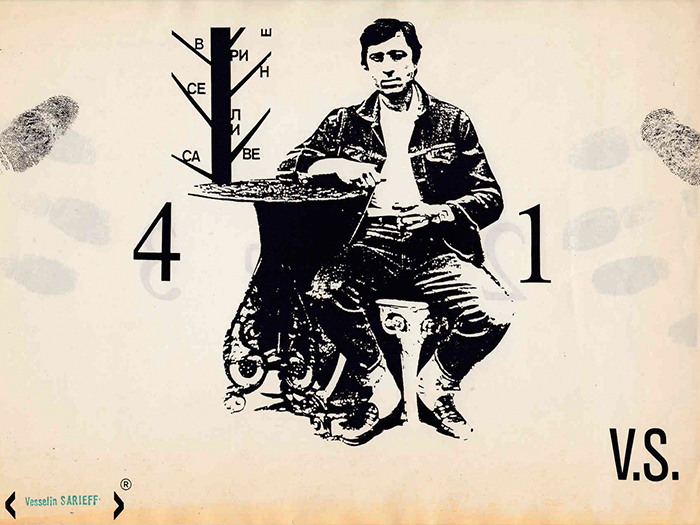 Vesselin Sariev (also could be found as Vesselin Sarieff) (1951 – 2003) is a Bulgarian poet, publisher, historian and publicist. Vesselin Sariev was born on September, 22, 1951, in Plovdiv. He graduated in Bulgarian Philology from the Plovdiv University “Paisii Hilendarski”. He debuted with the collection of poems “Healthy morning” (1982). Next was issued “At the borders of the circle” (1989), for which he was awarded with the “Plovdiv” prize for literature.

The poet’s search in experimental speech, as well as his friendship with the Chilean artist and poet – immigrant in Plovdiv – Guillermo Deisler, directed his interests to visual poetry since the 1980s. Vesselin Sariev issued the first Bulgarian magazine for visual and experimental poetry “SVEP” (1990). He invited artists from Europe, Japan, USA and South America to participate in it. The magazine had 4 issues with a circulation of 100 pieces. It was distributed by mail, which was among the concepts of this “travelling art”, also known as mail art. Sariev published visual poems in Bulgarian periodicals and created his own series of postcards that were presented in August 1990 at a poetry stand designed by him, set at the central bookshop in  Plovdiv.

The artist’s attempts to organize the connection between poetry and vision continued in his next books – supplemented and told by the drawings of three painters. In "Constellation of Instants. Poetic dialogues" the lyrical miniatures are consistent with the aquarelles of Rumen Jekov. The collection of poems is trilingual in English, German and French. It also came out in the form of poster and postcards. The artist won the “Plovdiv” prize for literature for second time. The next project – “Spirit of the Wood” (2000) is a portrait poem of artist Atanas Hranov. It is shaped like a real message – like a big envelope, where is hidden poetical and artistic correspondence. In 2001 was issued “Golden Twig” – the latest poetry book by Vesselin Sariev. It is also trilingual and is accompanied by the drawings of Danail Dyankov. In his last years the artist worked on the manuscript “The yard” – a poetical story about his artists friends.

The author has done research on Bulgarian national self-consciousness and memory, about specific counterpoints of the official mythologizing and historical reality. He received a special prize from association “Citizen” for his historical publicistic essay “Diyarbakır and the Bulgarians” (1996). He was awarded the honorable sign for donation of Plovdiv for his donor activity in the construction of the chapel “St. Mina” in Brestovitsa village.

Vesselin Sariev died in June, 2003 after a serious illness. In 2011 “Collected pages” is issued in two volumes with collected published and unpublished works. (“Alphabet of moments”. Poetry, vol.1 and “Diyarbakır and the Bulgarians. Fragments from the history” vol.2, published by “Janet-45”). Today his visual poems as well as the editions of "SVЕP" are in the prestigious collections of MoMA, New York, Getty Research Institute, Los Angeles, Academy zur Kunst, Berlin and others. 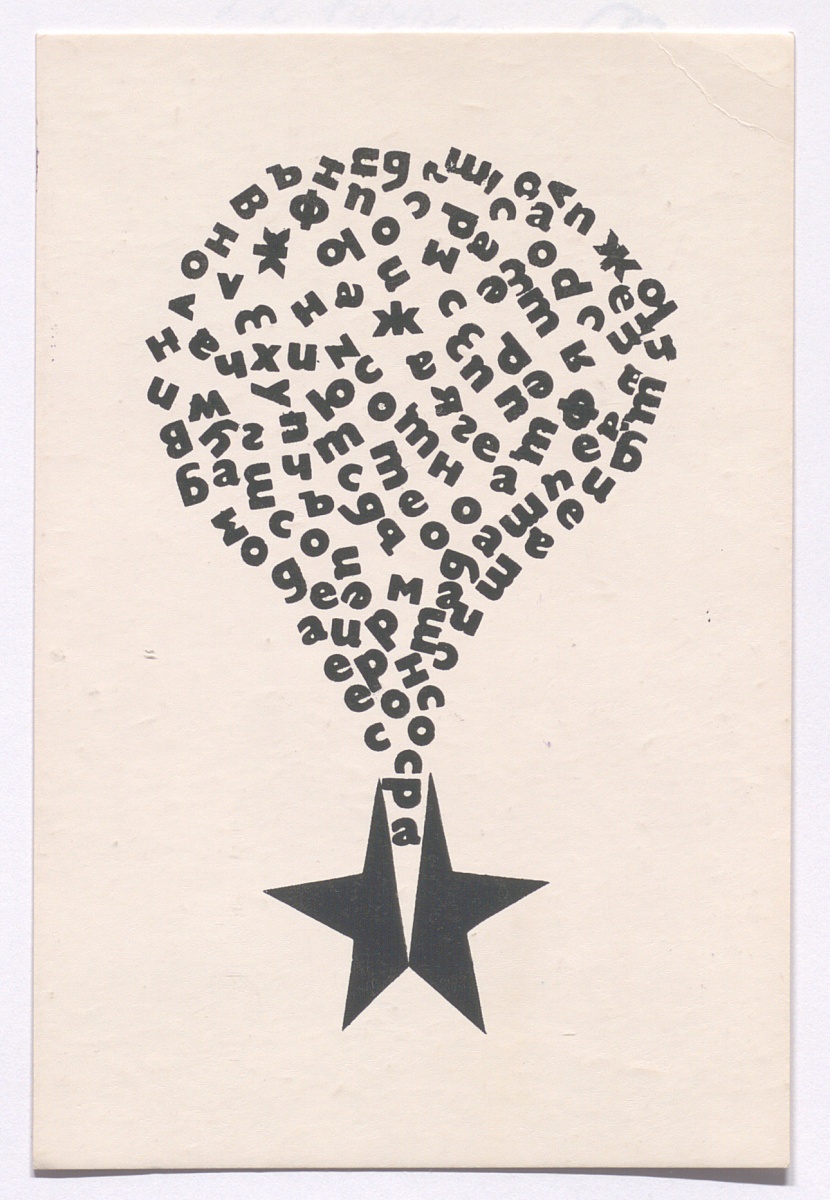 Cover of the first issue of SVEP magazine - Journal for visual and experimental poetry, 1990. 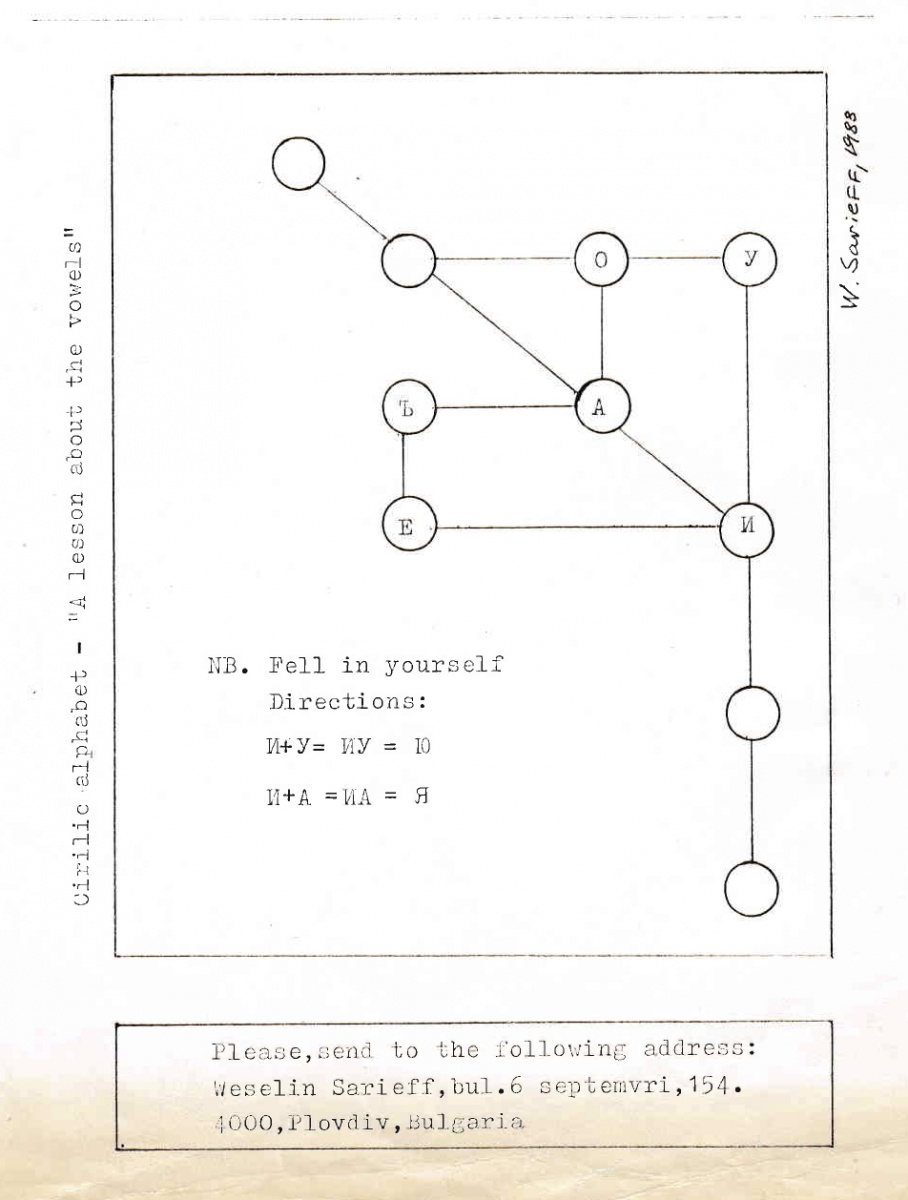 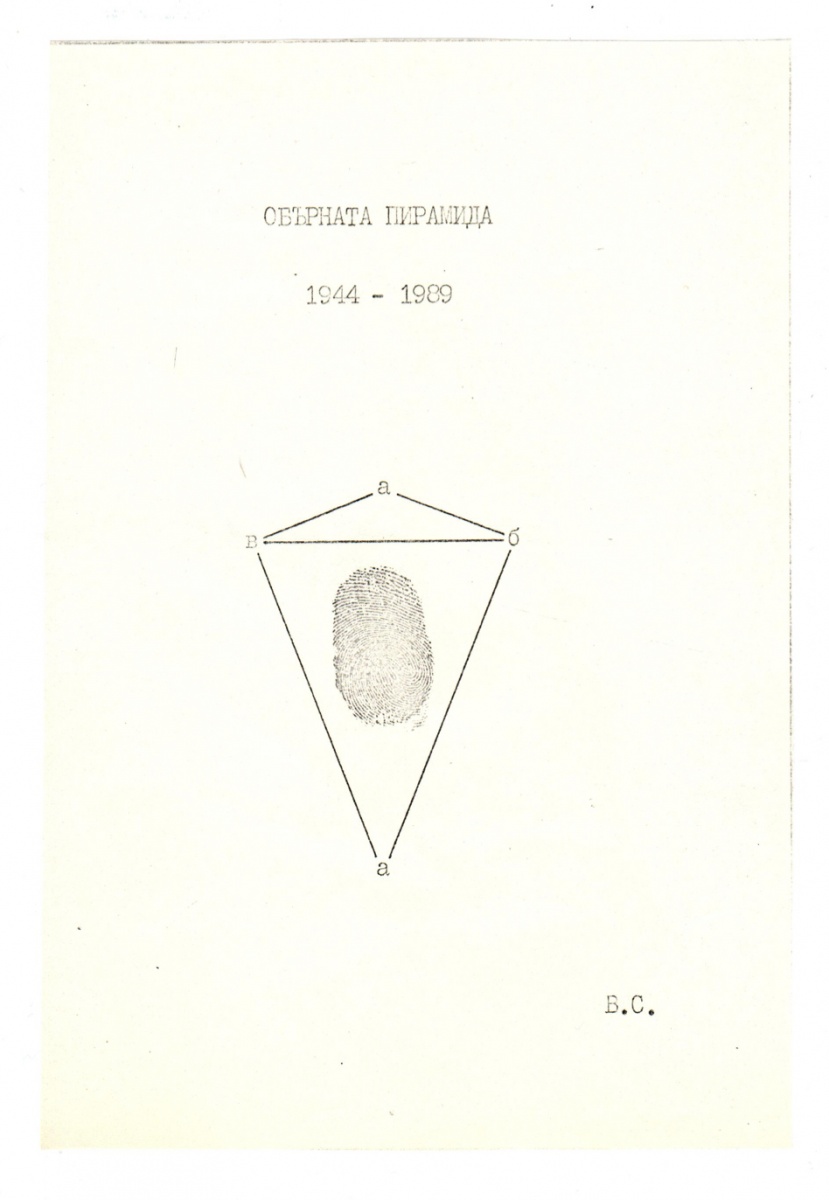 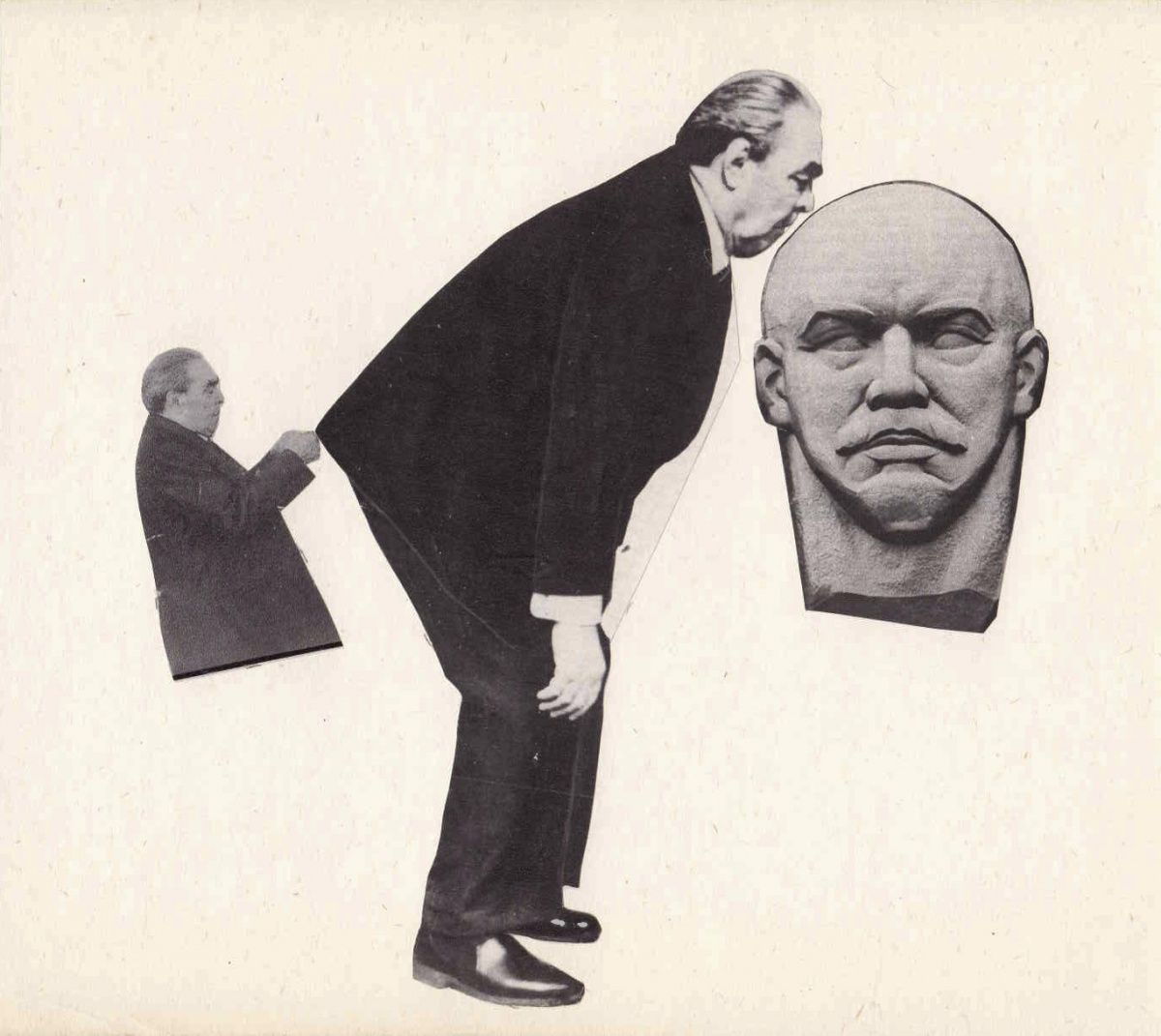 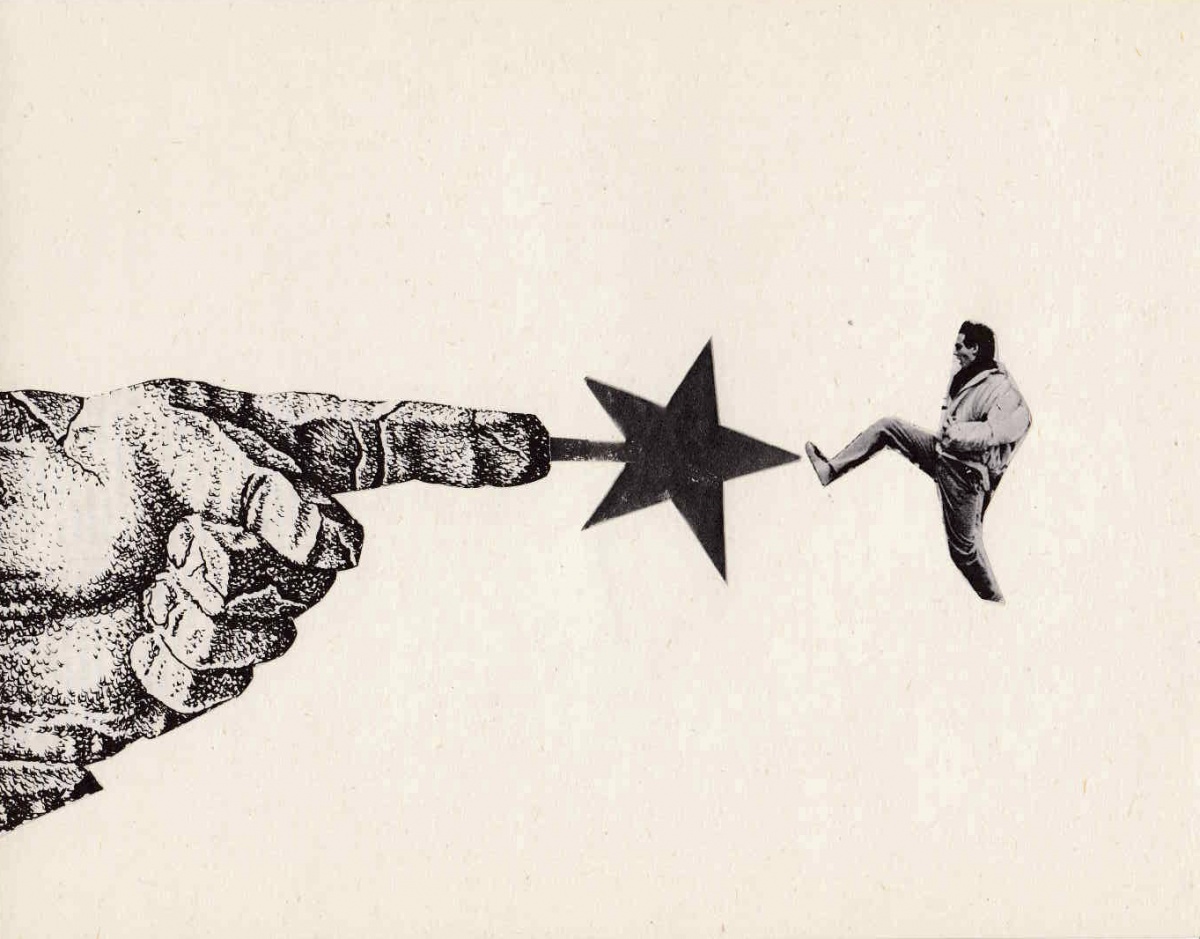 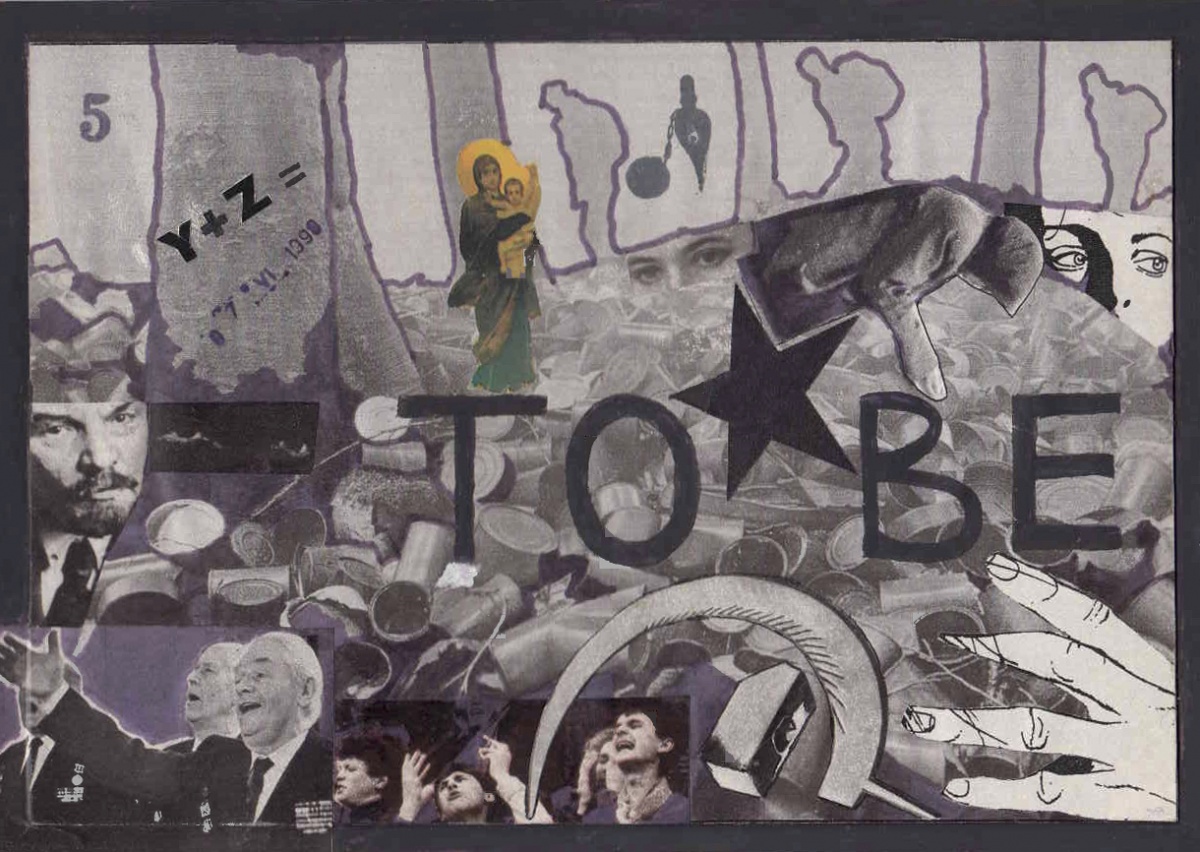 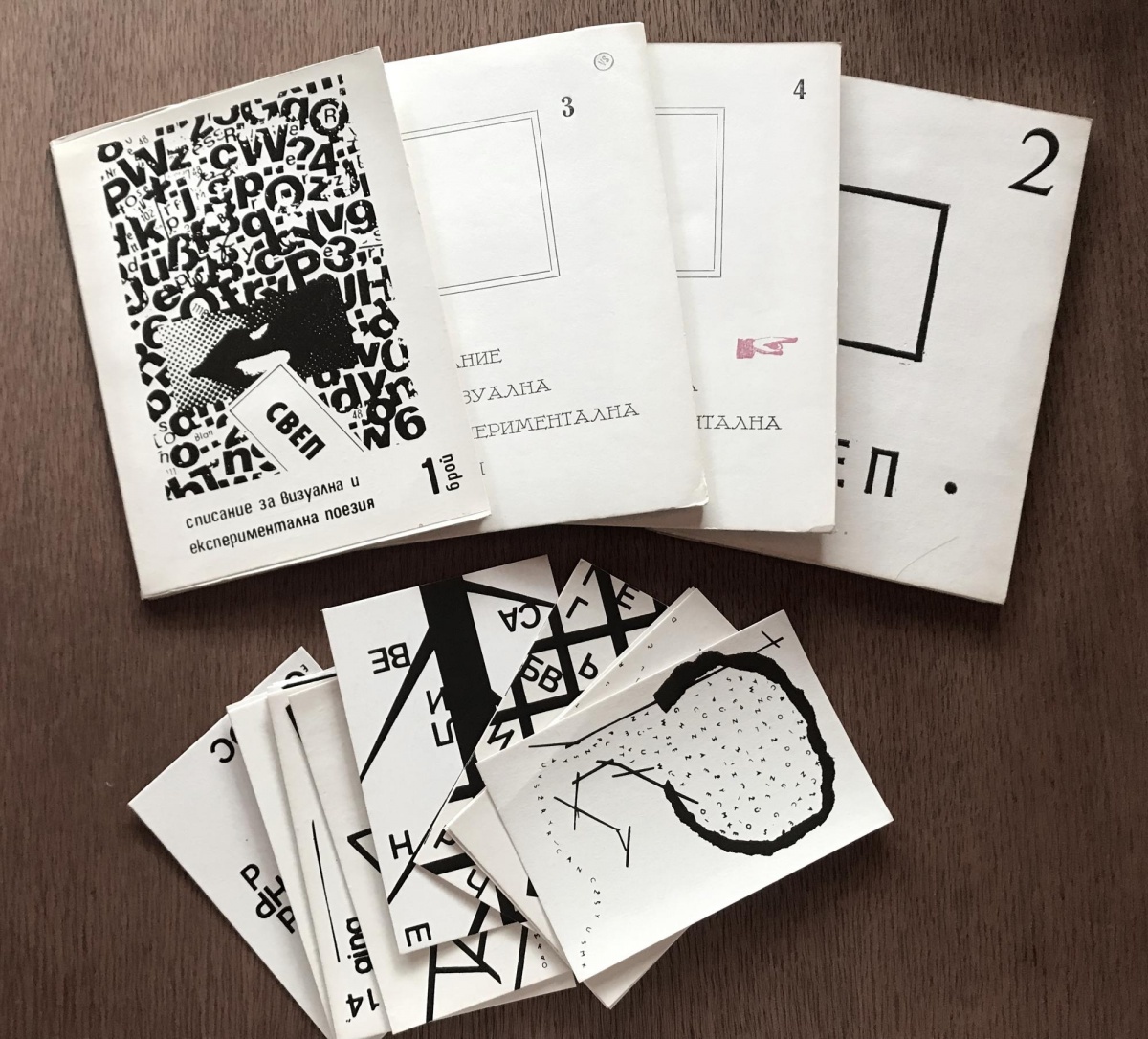 All 4 issues of "SVEP - Magazine of Visual and Experimental Poetry, 1990-1991” initiated and published by Vesselin Sariev, Plovdiv, Bulgaria and 22 Visual poetry postcards, 1990 by Sariev, 1990. 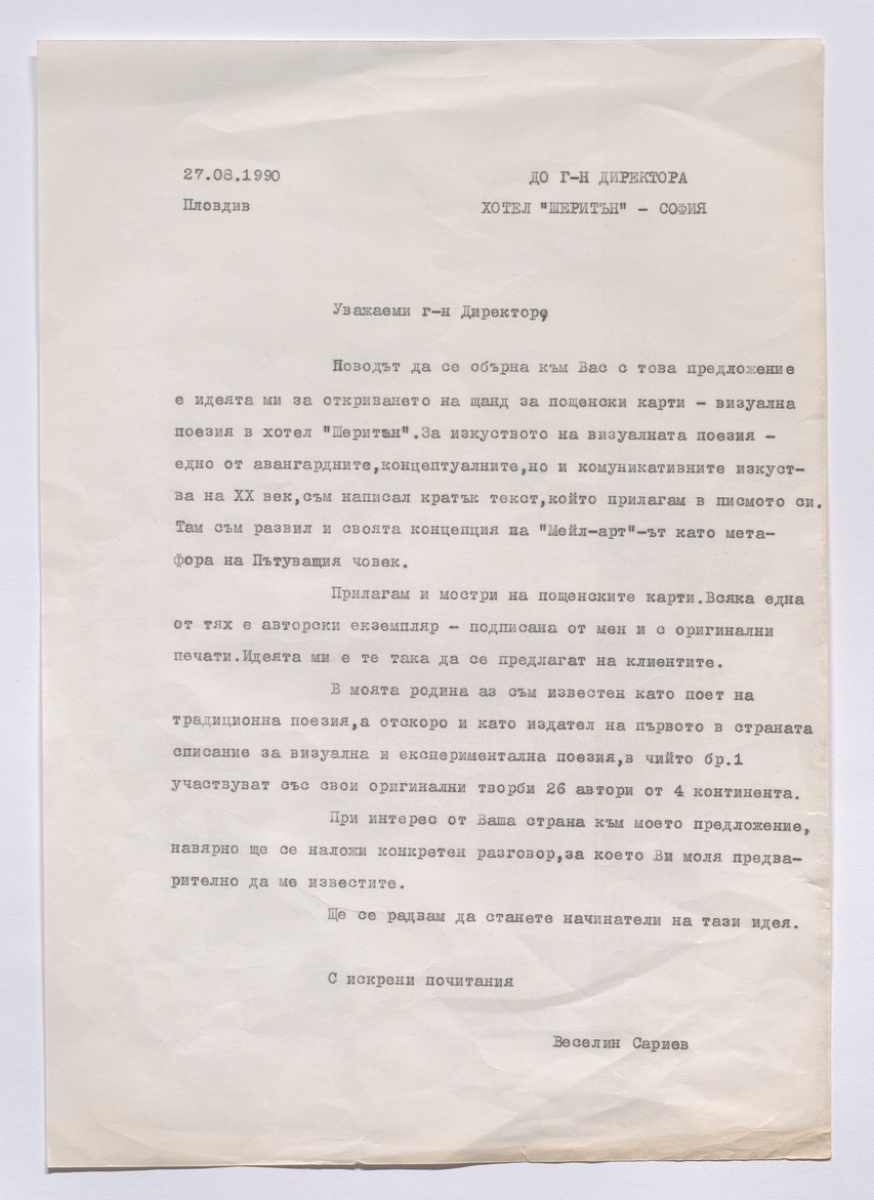 Project for a stand for visual poetry and mail art in Sheraton Hotel, Sofia, 1990.