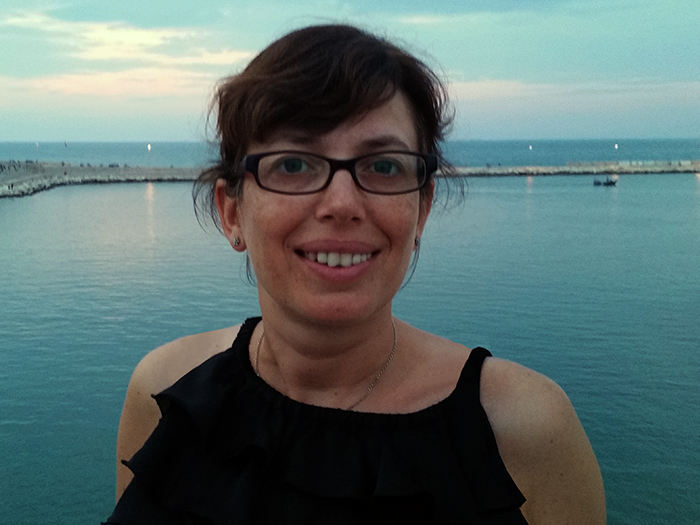 Svetla Petkova was born 1976 in Ruse, Bulgaria. Since 2015 she lives and works in Matera, Italy. In 2001 she graduated "History of Arts" at the National Academy of Arts, Sofia. In 2015 she defended her Ph.D. at the Bulgarian Academy of Sciences with a research dedicated to the private collections (painting, graphics and sculpture) in Bulgaria. Between 2002 and 2016 Svetla Petkova was editor in visual arts section of Kultura Weekly newspaper. She is author of numerous publications in various periodicals (Kultura Weekly, Altera, EK, Artizanin, the website of the Goethe Institute, Bulgaria, etc.) as well as texts in catalogs of art symposiums. She wrote about world events, like documenta, the Biennale in Venice, Istanbul, Berlin, Athens, Thessaloniki, art fairs in Vienna, Brussels, Istanbul and others. She is author of interviews with leading Bulgarian artists such as Svetlin Rusev, Nedko Solakov, Nikolay Maystorov, Ivan Russev, Emil Popov and many others, as well as international curators, like Carolyn Christov-Bakargiev and Rene Block. Since October 2008 she has been selector of the news for Artnewscafe bulletin, Plovdiv, where from 2015 to 2018 she is editor-in-chief. In 2003 she was one of the curators in the exhibition "10х5х3" ("Shipka" 6, September 2003) with the Transformations project, and in 2011 she curated the exhibition "Recycle" at the Credo Bonum Gallery, Sofia, dedicated to contemporary woodcarving in Bulgaria. In 2018, together with the photographer Galina Yotova, she won funding for the project "Between the letters from Plovdiv to Matera" under the Small Projects program of the Foundation Plovdiv 2019. In 2011, she published the book-album "Sofia Stories in a Frame", together with the photographer Galina Yotova. Since 2006 Svetla Petkova has been a member of the Critics section of the Union of Bulgarian Artists and member of the Union of Bulgarian Journalists. In 2011 she won Award for criticism of the Young Artists, Critics and Curators Contest of the "St. St. Cyril and Methodius" Foundation. After winning the UBA competition, she spent two months in 2013 at the atelier of Cité Internationale des Arts, Paris.